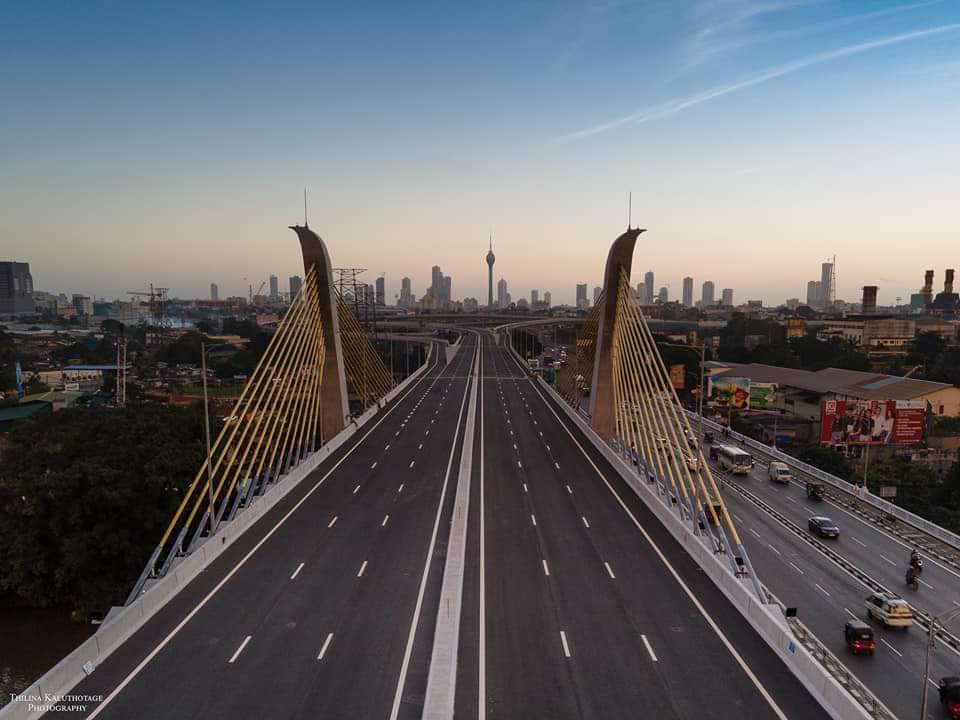 The Golden Gate Kalyani bridge which was declared open by President Gotabaya Rajapaksa yesterday, has been open for public use from this afternoon.

The Golden Gate Kalyani is the the first bridge built in Sri Lanka on high technology cables connecting the Colombo-Katunayake Expressway and the city of Colombo..

The Government said the new bridge will help ease traffic congestion in the area.

Due to the inadequacy of the existing Kelani Bridge’s capacity for such a large number of vehicles, the preliminary plans for the new Kelani Bridge project were drawn up and signed in 2014 under the leadership of the then President Mahinda Rajapaksa.

The Ministry of Highways and the Road Development Authority commenced the project in 2017 to construct the new six-lane bridge adjacent to the old Kelani Bridge.

The project was funded by the financial assistance of Japanese Yen 35,020 million from Japan International Corporation Agency (JICA).

The new Kelani Bridge begins from the Colombo-Katunayake Expressway centering on the Peliyagoda Bridge Junction and ends at the Orugodawatta Junction and the Port Access Junction. The Bridge will have interchanges at Orugodawatta, Ingurukade and Kelanitissa. (Colombo Gazette)