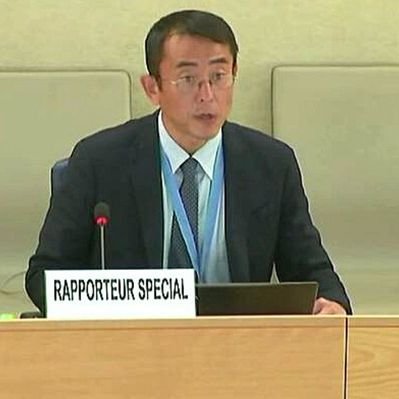 The UN Special Rapporteur on contemporary forms of slavery, Tomoya Obokata, will undertake his first country visit to Sri Lanka from 26 November to 3 December 2021.

He will examine the labour conditions in various economic sectors, including in the garment industry, the tea plantations, tourism and domestic work.

The Special Rapporteur also intends to assess the implementation of laws and policies and systemic barriers that hamper access to decent work, including for migrant workers in Sri Lanka.

“In light of the commitments made by the Government of Sri Lanka to achieve target 8.7 of the Sustainable Development Goals, I am particularly interested in assessing to what extent progress has already been achieved in this regard, which shortcomings may persist and through which measures they can be addressed,” Obokata said.

SDG target 8.7 requires States to “take immediate and effective measures to eradicate forced labour, end modern slavery and human trafficking and secure the prohibition and elimination of the worst forms of child labour, including recruitment and use of child soldiers, and by 2025 end child labour in all its forms”.

“I look forward to fruitful, substantive discussions on issues related to contemporary forms of slavery with representatives from all branches of the State, representatives of trade unions and civil society actors,” Obokata said.

The Special Rapporteur will present a comprehensive report on his visit at the 51st session of the Human Rights Council to be held in September 2022. (Colombo Gazette)