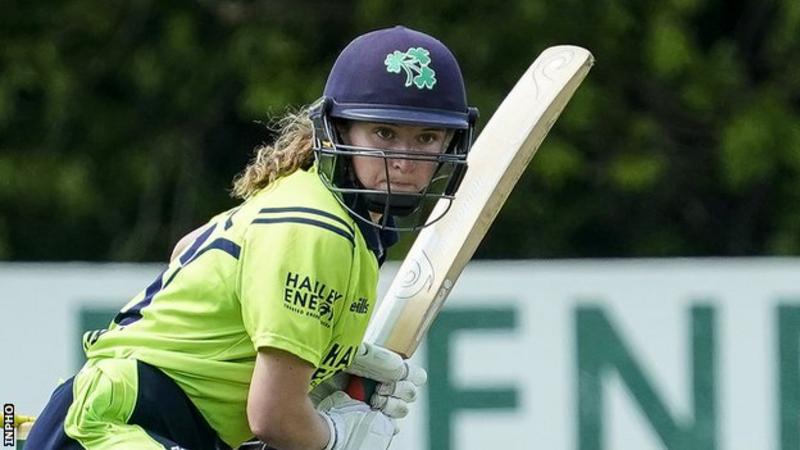 Ireland fell to a six-wicket defeat by West Indies in their opening World Cup qualifier group game in Harare.

Opener Gaby Lewis top-scored with 36 as the Irish were all out for 159 inside 43 overs, Eimear Richardson adding 32.

Deandra Dottin’s 73 put West Indies in a commanding position and they reached their target with 10 overs to spare.

Ireland need a top-three finish in the nine-team qualifying tournament to make the World Cup for the first time since 2005.

Ed Joyce’s side need to avoid finishing bottom in their group to go through to the Super Six stage, from which the top three qualify for the World Cup in New Zealand next year.

The Irish face the Netherlands on Thursday before their final group game against Sri Lanka on Monday.

Having lost the toss and being asked to bat first, Lewis’ 36 from 58 balls briefly settled Irish nerves only for her demise to come from the seventh ball of Anisa Mohammed’s over, which was not picked up by the on-field umpires.

From there, the momentum of the innings shifted dramatically as Ireland lost five wickets for just 23 runs in the next seven overs, moving from 79-1 to 101-6.

Amy Hunter was run out before she could score, while Leah Paul was bowled behind her legs for 25 after forming an opening partnership of 79 with fellow opener Lewis.

A rain delay did not impact Dottin, however, as the experienced West Indian opener hit eight fours and a six in an innings of 73, eventually falling to a well-held caught and bowled by Richardson.

West Indies captain Stafanie Taylor took up the reins and guided her side home by six wickets with 63 balls remaining.

“We wouldn’t be here if we didn’t want to qualify,” said Ireland captain Laura Delany.

“We’re only one game into the tournament, and still have two games to play. We have yet to play our best cricket, so I’m looking forward to the next two games.

“I was really happy that we took it into the 40th over, and our spinners put in a really good spell in the middle overs – hopefully in the next game we can take a couple of early wickets and put a little bit more pressure on our opposition.” (Courtesy BBC)