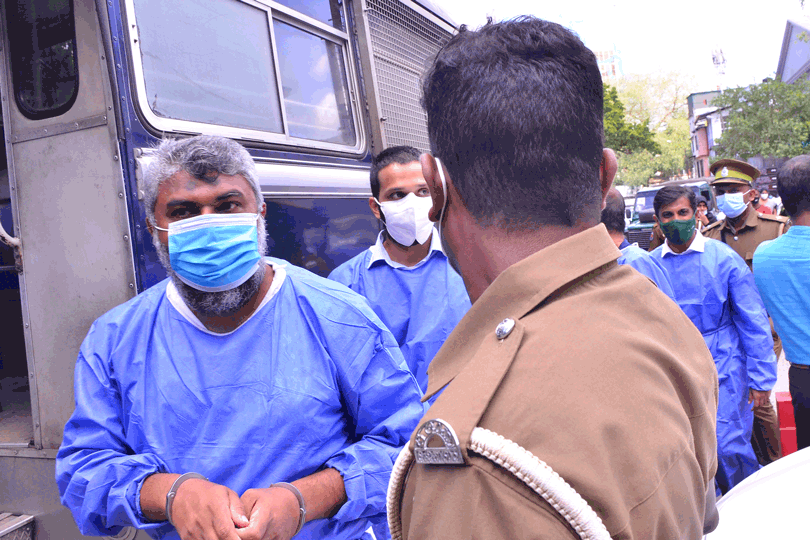 The trial against 25 suspects accused over the Easter Sunday attacks, began at the Colombo High Court today.

The suspects were produced in court under tight security.

The Colombo High Court Trial-at-Bar had earlier indicted the 25 defendants including Naufar Moulavi who are accused of carrying out suicide attacks on Easter Sunday in April 2019, killing more than 300 people and injuring about 500 others.

The charges filed under the Prevention of Terrorism Act include conspiring to murder, aiding and abetting, collecting arms and ammunition, and attempted murder. (Colombo Gazette)