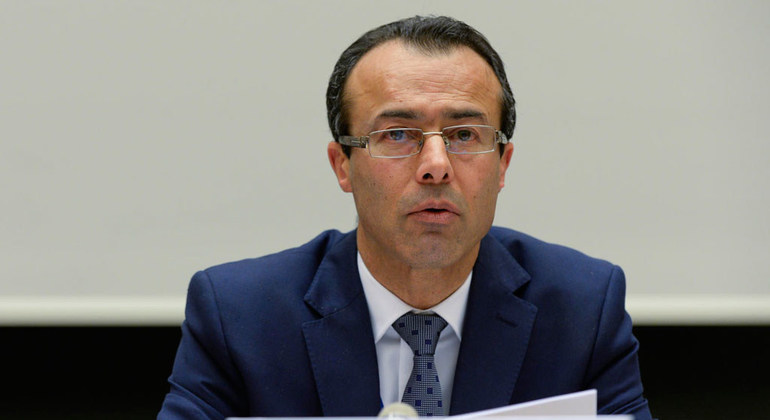 The United Nations (UN) Assistant Secretary-General (ASG) for the Middle East, Asia and the Pacific from the Department of Political and Peacebuilding Affairs – Department of Peace Operations Khaled Khiari is in Sri Lanka on on official visit.

Khiari will meet with senior Government officials, as well as representatives of political parties, civil society, religious leaders, and the diplomatic community.

The visit by ASG Khiari, follows UN Secretary-General António Guterres’s meeting with President Gotabaya Rajapaksa in September this year, where the Secretary-General expressed solidarity with Sri Lanka for ongoing challenges related to COVID-19 and discussed other matters of mutual concern.

Prior to his appointment, Khiari was the Director General for the Americas, Asia and Oceania in the Tunisian Ministry of Foreign Affairs. He has over 35 years of experience in diplomacy and foreign affairs alternating between his Foreign Ministry headquarters and various overseas postings. (Colombo Gazette)