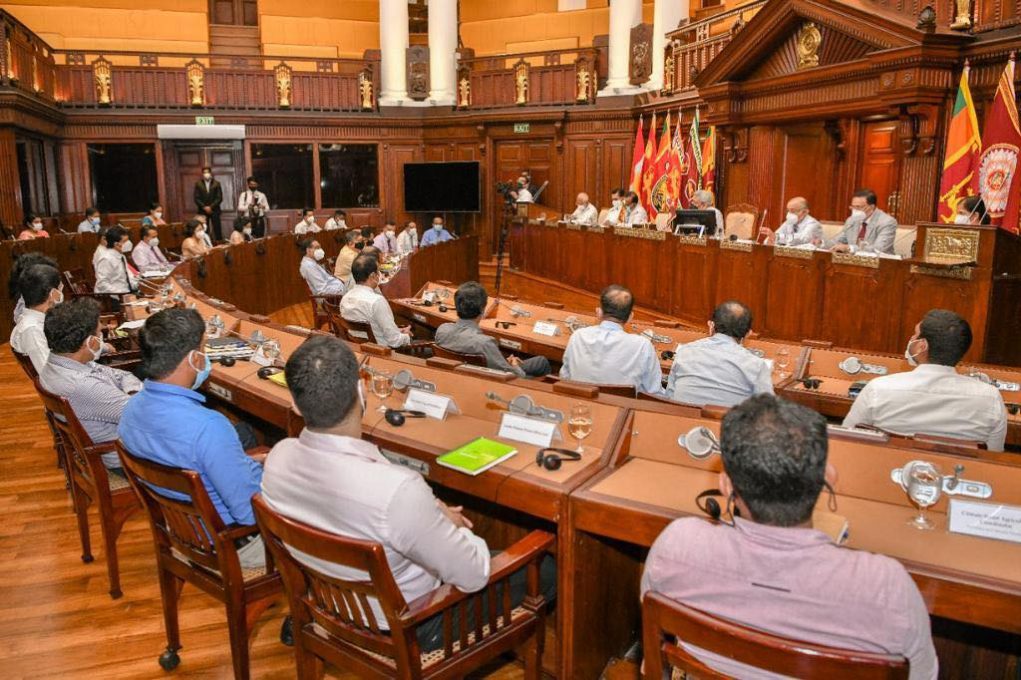 The President had questioned the official on available fertilizer stocks. However the official did not have the information with him.

The President lambasted the official for attending the meeting unprepared and told him to step out and get the information.

The meeting was held at the Presidential Secretariat to discuss the cultivation of the Maha Season and the supply of organic fertilizer.

At the meeting President Gotabaya Rajapaksa asserted that there was no change in the Government’s agriculture policy.

He said the Government policy was for only for a green agriculture that focuses on the sole use of organic fertilizers.

President Rajapaksa said that the Government will only distribute organic fertilizer and provide subsidies for organic farming.

The President inquired from officials at the district level about the cultivation of paddy and other crops in all parts of the country.

The heavy rains that prevailed have reduced the yield of many crops including vegetables. Moreover, the delay in the distribution of organic manure affected the cultivation activities during the Maha Season.

The President pointed out that the reason behind farmers organizing protests and delaying cultivation was that they have not been properly educated.

The President expressed his displeasure to the officials for not accurately educating the farmers.

The President emphasized that the officials should work to find answers on behalf of the agitating farmers in accordance with the green agriculture policy. (Colombo Gazette)

Present Gotabaya Rajapaksa today slammed the Chairman of the Colombo Commercial Fertilizers Ltd for failing to have the required information at a meeting held to discuss the fertilizer issue #Srilanka #lka @GotabayaR pic.twitter.com/GvzV0hurYE