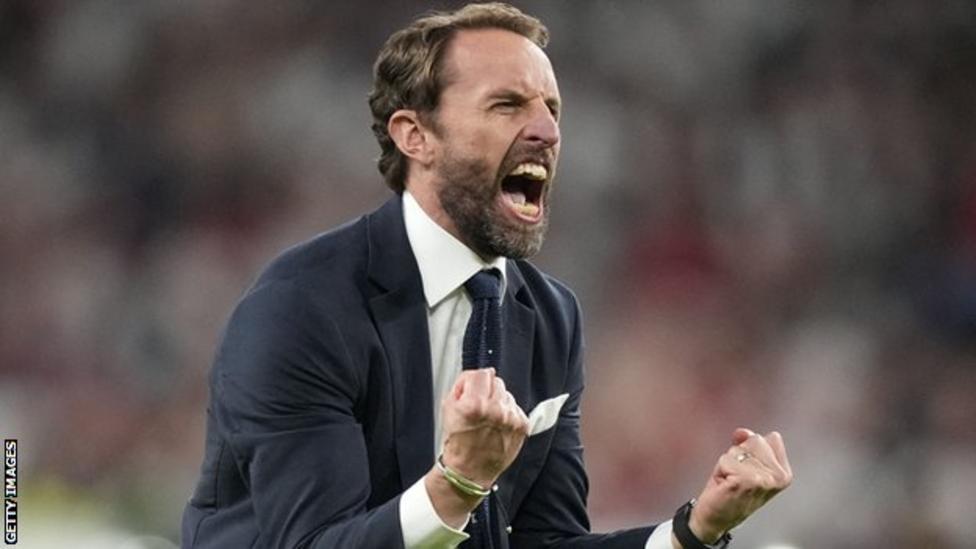 England manager Gareth Southgate has signed a new contract to keep him in the role until December 2024.

Southgate, whose previous contract was set to run out after the 2022 winter World Cup in Qatar, has been manager of the national side since November 2016.

“It remains an incredible privilege to lead this team. We have a great opportunity in front of us,” he said.

Southgate will oversee England’s progress at next year’s World Cup, which runs from 21 November-18 December, and the qualification stages for Euro 2024, with the tournament taking place from 14 June-14 July.

Assistant manager Steve Holland has also agreed a new deal through to the end of 2024.

“I would like to take this opportunity to thank the players and support team for their hard work,” Southgate said.

“I know they and the fans are all excited about what this squad could achieve in future.”

Southgate initially took over as caretaker manager from Sam Allardyce in September 2016 before being appointed permanently two months later.

He led England to the World Cup semi-finals for the first time in 28 years in 2018.

Under his tenure, they also finished third in the Uefa Nations League before reaching the Euro 2020 final, where they lost on penalties to Italy – their only defeat of the year.

England have won 44 of their 68 matches under Southgate, with 14 defeats and 10 draws.

They thrashed San Marino in their most recent international outing to secure their place at the next World Cup.

It has been widely reported that this new contract will increase Southgate’s salary to between £5-6m a year. (Courtesy BBC)