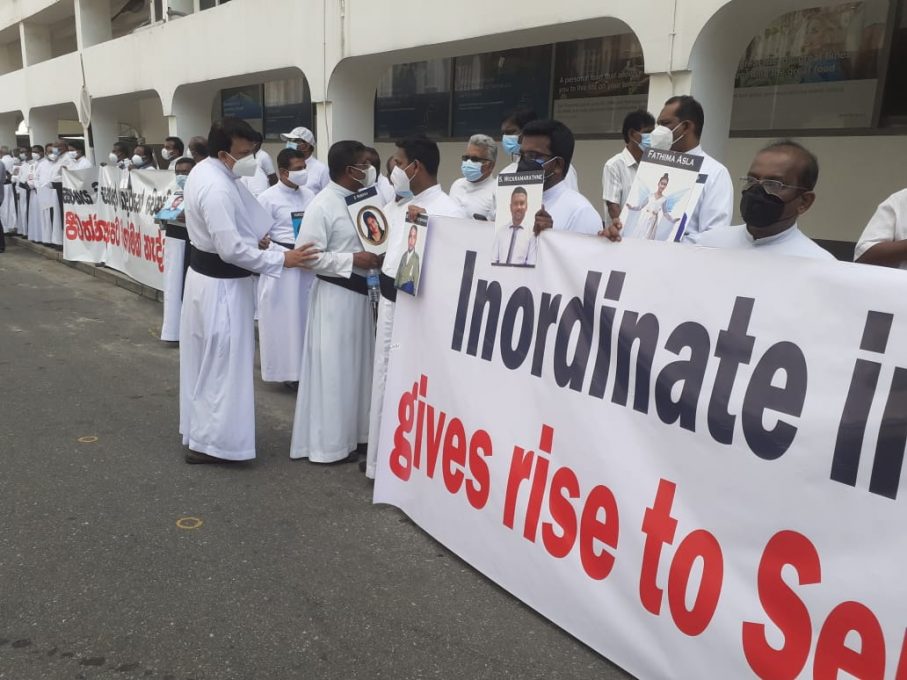 The Catholic priest was questioned for approximately five hours by the CID today.

They raised suspicions over the decision to grill the priest over claims he had made over the Easter Sunday attacks.

He was questioned over a statement made with regards to the Director of the State Intelligence Service (SIS), Major General Suresh Sallay.

Major General Suresh Sallay had filed a complaint with the CID over allegations made by Reverend Father Cyril Gamini.

Suresh Sallay had said that at an online forum on the 23rd of October 2021 on the Easter Attacks, Reverend Father Cyril Gamini Fernando alleged that Sri Lanka’s Intelligence Units had provided financial and other forms of assistance to Zaharan Hashim, the Leader of the now-proscribed National Thowheed Jamath, who also led the attacks on the 21st of April 2019.

He informed the CID that Reverend Father Cyril Gamini Fernando had described him (Suresh Sallay), who was a Brigadier at the time, to have been actively involved in nurturing Zaharan Hashim and his followers. (Colombo Gazette)