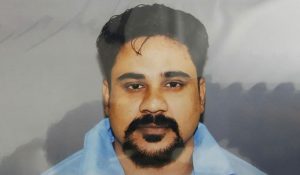 A DNA test has confirmed that a man who died in Coimbatore in July, 2020 was notorious gangster Angoda Lokka.

The Indian Police have decided to file a petition before a court seeking to close the case of suspicious death of the Sri Lankan underworld don.

“The Sri Lankan Government collected blood samples from Chandrika Perera, mother of Angoda Lokka. The DNA (deoxyribonucleic acid) profile of Chandrika Perera was sent to the forensic science laboratory in Chennai two weeks ago, where DNA of Lokka has already been profiled,” a senior police officer from CB-CID told the Times of India.

He said that both DNA profiles matched with 99 % accuracy. “We had already confirmed that the death of Lokka was due to sudden cardiac arrest. Following the DNA match, we have now confirmed the identity of the deceased as Lokka,” the police officer said.

“There was no foul play behind the death of Lokka. So, we are going to file a petition before a court in Coimbatore to close the suspicious death of Lokka’s case,” he added.

Maddumage Chandana Lasantha Perera alias Angoda Lokka, 35, died of sudden cardiac arrest at Balaji Nagar near Cheran Maa Nagar in Coimbatore city on July 3, 2020, and the postmortem was carried out at the Coimbatore Medical College and Hospital.

Lokka’s body was cremated in Madurai by lawyer Sivakami Sundari and his female aide Amani Dhanji, 27, who hailed from Sri Lanka, the Times of India reported.

The gangster had got a nose job done to conceal his identity. The Coimbatore city police had arrested Amani Dhanji, lawyer Sivakami Sundari and her friend Dhyaneswaran for forging documents and hiding the identity of Lokka. (Colombo Gazette)