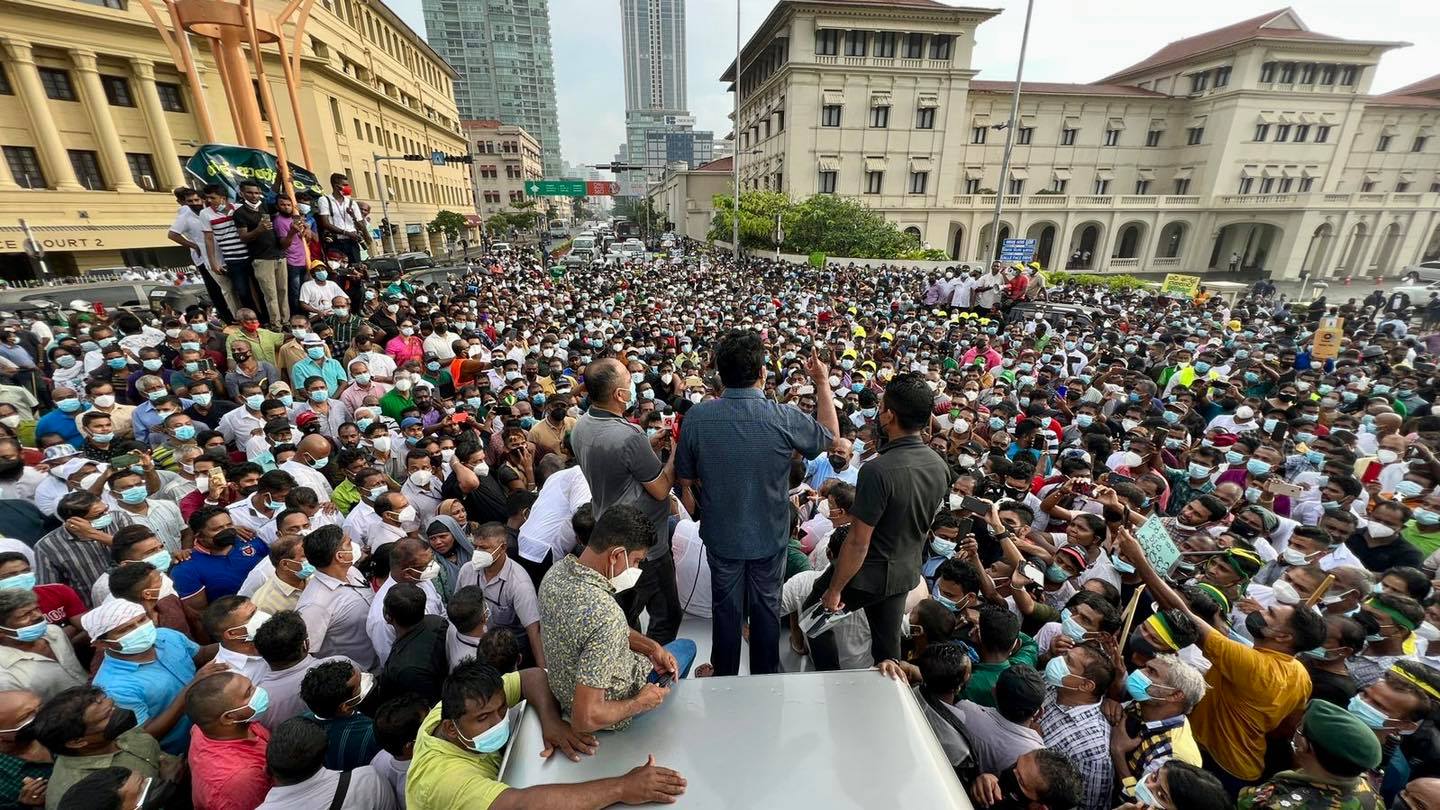 A protest led by the Samagi Jana Balawegaya (SJB) created chaos on the streets of Colombo today.

The protest was staged against the Government and was conducted on the main road at Galle Face.

Ahead of the protest the Police had closed most public parking spaces in Colombo to prevent vehicles used by the protesters from being parked at those locations.

Severe traffic congestion was seen on the streets near the Opposition Leader’s Office and on the Galle Road during the protest.

The protest also raised fears of an “SJB Cluster” forming as social distancing was not followed.

Efforts being taken to prevent another lockdown

Wearing face mask a must even in private vehicles