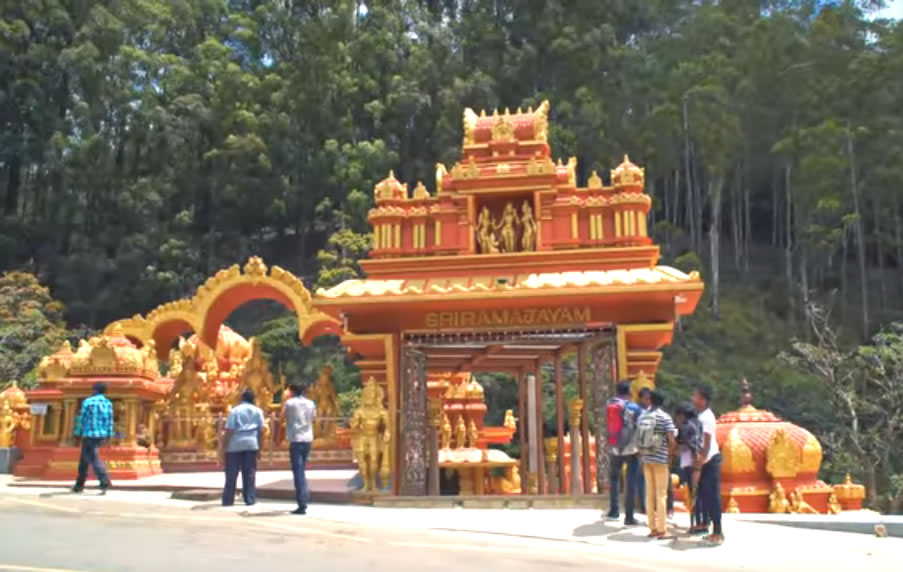 The Indo-Sri Lankan relationship has been cordial and relatively stable, although there are geological tensions mounting over the presence of China in the region, which has attracted high-level political exchanges and visits at regular intervals. Nevertheless, during every visit by Indian top diplomats and government officials, including Prime Minister Modi, they have not failed to discuss cultural tourism and linking the countries with the epic story of Ramayana, where both countries have their share of the legendary story written by Valmiki.

The Ramayana is one of the two major Sanskrit epics of ancient India and an important text of Hinduism, the other being the Mahbhrata.

One of the best holistic approaches to boosting the bilateral ties is through tourism, and the government of India has been keen on developing the sea route connection between India and Sri Lanka and restarting the ferry service that was stalled during the war.

Although the ferry service is in the pipeline, the cultural tourism centered on the Ramayana Trail found in Sri Lanka has never faded. The Modi government and Sri Lanka also signed an MoU to promote Ramayana in 2016, citing that the neighbouring nations would work jointly to promote mutual tourism interests.

In fact, both governments agreed in 2008 to work on enhancing shared cultural and religious values based on Ramayana heritage.

Subsequently, in October 2021, new measures to boost bilateral travel between Sri Lanka and India came under review at the third meeting of the Joint Working Group (JWG) dedicated to tourism.

The High Commissioner of India to Sri Lanka, Gopal Baglay, attended the JWG meeting and shared his views on the deep cultural and people-to-people ties between the two countries. Both delegations underscored the importance of tourism cooperation between the two countries, which flows from an inter-governmental bilateral MoU signed in January 2004.

Prior to this year’s meeting in Colombo in June 2016, the JWG meeting was held in the wake of a successful visit by the Foreign Secretary of India to Sri Lanka in October.

The Ramayana Heritage has drawn a large number of Indian visitors to Sri Lanka.It started with a few arrivals and increased when the adaptation of the Ramayana aired on Indian television in many episodes that ran for many years.

The concept of Ramayana heritage sites in Sri Lanka was born in 2008, and the Sri Lanka Tourism Development Authority (SLTDA) created the “Ramayana Trail in Lanka” to promote its “Spiritual Tourism,” having cricketers Arjuna Ranatunga and Arvinda Desilva as brand ambassadors.

Between then and now, there has been commendable progress seen in promoting the Ramayana segment, but there is nothing much done about it and the time has come, post pandemic, Sri Lanka has earmarked to promote the Ramayana Trail to the next level.

Many Ramayana movies and television episodes still entertain the audience in India as well as in Sri Lanka, amongst the Hindus mainly.

According to SLTDA, at least 250, 000 Indian tourists annually visit one of the 52 sites of the Ramayana Trail in Sri Lanka.

Due to the COVID-19 pandemic, Indian tourist arrivals have dropped drastically. However, according to Jeewana Fernando, who is in charge of the Ramayana Trail at the SLTDA, they are gearing up to promote the Ramayana Trail post pandemic and have already earmarked to promote many of the 52 sites that are located in the country.

He said the SLTDA has identified and promoted only 32 sites that are located in the fabulous natural beauty of the county and is hoping to promote the rest of the attractions in the coming years.

Even the Civil Aviation Authority of Sri Lanka last year said there are enough facts to prove Ravana was the first to use aircraft and wanted researchers and scientists to come forward with documents and knowledge proving it. The Sri Lankan government said they want to understand how Ravana could employ advanced technologies thousands of years ago to build an aircraft that was used to abduct Sita based on the Ramayana. A committee was formed with Dr. Suriya Gunasekara, an authority on Sri Lankan pre-history, and Dr. Subash Chawla, an authority on the International Ramayana. S. Kalaiselvan, former Director General of the SLTDA, has repeatedly stated that “the 52 sites identified in relation to the Ramayana are not imaginary, but have existed since time immemorial.”

The World Tourism Organization predicted in 2014 that cultural tourism would be one of the five key tourism market segments in the future, and Sri Lanka and India have agreed to work together to promote the Ramayana Heritage.

One of the top Ramayana Trails is the Sita Amman Temple in Nuwara Eliya, and Indian tourists never fail to visit.

The Sita Amman Temple is housed with statues of Lord Rama, Sitadevi, Luxshmana, and Hanuman by the side of the Sita Eliya stream. It is interesting to note that foot prints akin to Lord Hanuman’s are found by this river and some are of small size and some are of large size, which tells us of the immense powers of Hanuman in transforming himself into any size.

The next most visited place is the Thirukoneshwaram Temple in Trincomalee, said to be a place where Ravana lived. Then comes the ancient Munneswaram Temple, located in Chilaw, in the North Western Province of Sri Lanka.

Both Sri Lanka Tourism and SriLankan Airlines have pledged to collaborate with Indian tour operators.There were many roadshows held in this regard in Mumbai, New Delhi and many other states in India in the past.

Fernando also said that the SLTDA annually allocates around Rs. 20 million for promoting the Ramayana Trail in Sri Lanka and they have coordinated with many Hindu religious missions in India to bring devotees to Sri Lanka on the Ramayana heritage.

While the Indian government is promoting Sri Lankan Buddhists to visit the Buddhist trails in India, it’s an opportunity for both countries to promote each other to strengthen the economies when the global economy has plummeted due to COVID-19.

Having an airport in Jaffna funded by India makes it all the easier to promote cultural tourism between India and Sri Lanka. Before it was shut down due to COVID-19, Chennai-based Tamils and Sri Lankans had started to make use of the Jaffna International Airport. Following the pandemic, there is expected to be a significant increase in tourism, and Indo-Lanka ties are undoubtedly a means of promoting the Ramayana Trail.