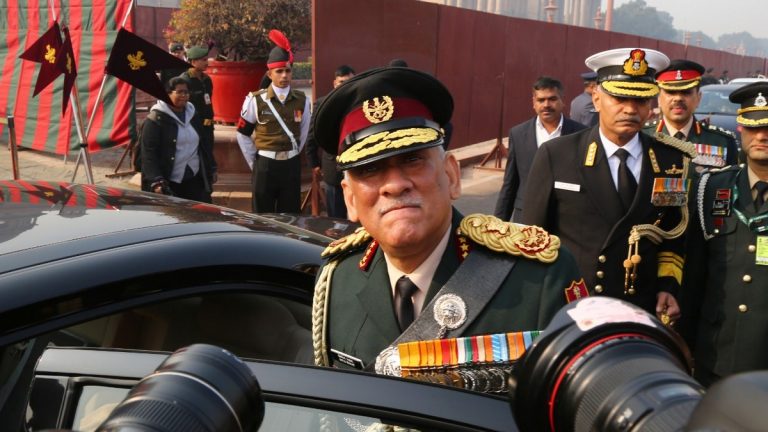 Navy Chief Admiral Karambir Singh said last week that the review should be done in three to five months. He admitted that this will lead to changes in the Maritime Capability Perspective Plan.

He also said that the Department of Military Affairs, headed by the CDS, is “doing a proper assessment of the security scenario, where we want to head in the future and the capabilities required by the three Services”.

The review by the CDS seeks to break down the silos that the three Services work in as far as procurement is concerned. The CDS hopes to have a truly integrated procurement plan that keeps pace with the modern requirements of war-fighting and is also in tune with the funds available.

In a previous column, I had pointed out how procurement done in silos is self-defeating and leads to unnecessary expenditure. The argument in the security establishment back then was that a truly integrated procurement process was the need of the hour and the focus should be on capability and not just numbers.

The new ICDP that is being worked upon by the CDS is even more important in the backdrop of annual capital allocations, as pointed out by experts earlier. Former defence secretary G. Mohan Kumar wrote in this 2019 article in The Economic Times: “The armed forces’ 15-year Long Term Integrated Perspective Plans (LTIPP) — the mainstay of their modernization programme — remains an ambitious paper exercise without any realistic link to the annual capital allocations.”

So, it is important to have a realistic review of the procurement plans of the three Services. Rather than pumping money into systems that are capital-intensive and not relevant to future warfare, India should invest in emerging technology.

Given that the Narendra Modi govt’s capital budget allocation for 2021-22 is lower than the amount armed forces had sought in 2014-15, it is important to spend right.

The Armenia-Azerbaijan conflict of 2020 has shown how cost-effective technology can actually win over capital-intensive warfare systems, which look more dated than ever.

According to the Defence Acquisition Procedure 2020, to address the current and futuristic security needs, the Services need to engage in capability development in a prioritised manner based on long-term perspective plan from which procurement planned for modernisation of the Services based on Capital Acquisition Plans should flow.

Proposals for acquisition of capital assets will cover the long-term, medium-term and short-term perspectives as under:

Till now, the Headquarters Integrated Defence Staff (Hq IDS) used to prepare an integrated acquisition plan. However, given that the IDS was headed by a three-star officer, individual Services would push their way through when it came to procurement plans.

The government would get caught in the bind because procurement projects used to keep piling up without a call actually being taken on whether a programme is still needed or not and more programmes getting added to the list. As of now, the integrated procurement plan is more like a laundry list of individual Services.

The IDS lacked the heft that Gen. Rawat plans to bring when it comes to integrated planning.

India needs to ask some tough questions when it comes to defence procurement. Gen. Rawat has already questioned the need for a third aircraft carrier and 114 foreign fighters.

The three Services need to come together and take a call on what projects need to be pushed for. The call will have to be taken on whether the push should be for more submarines or aircraft carriers, whether money should be spent on the number of combat aircraft or capability of fighters, whether one should invest in buying more tanks or drones and missiles.

What is hoped is that the CDS will give a rational look into the procurement plans of the Services, keeping the budget and requirement in mind.

One of the first things that then Defence Minister Manohar Parrikar did after taking over in 2014 was to ask the Services to prioritise the procurement projects based on necessity.

Only the Services can take a fair call on their procurement needs. And there is none other than the office of the CDS, which can take the final call on what the combined procurement focus should actually be. (Courtesy The Print)