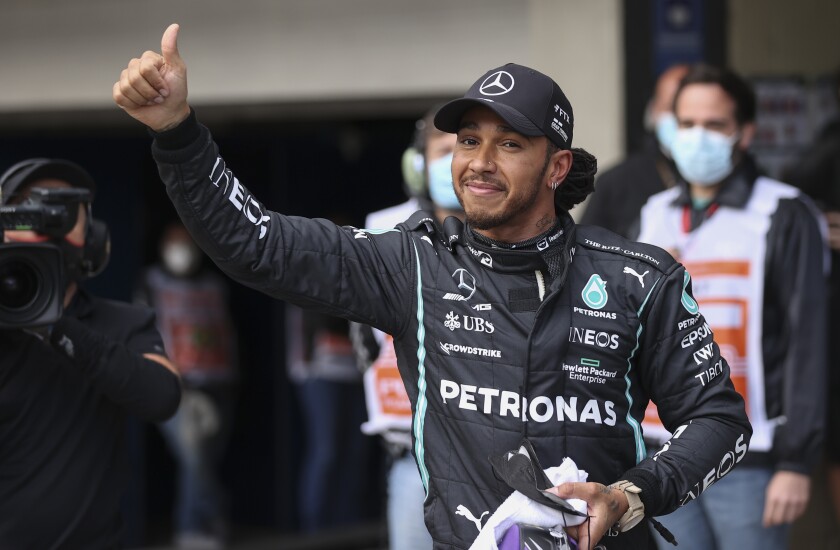 Hamilton, who has a five-place grid penalty for Sunday’s grand prix, was untouchable over one lap, 0.438 seconds quicker than Verstappen.

However, Hamilton’s car was referred to the stewards for an alleged technical infringement on its rear wing.

If found not to comply, he will be sent to the back of the sprint grid.

Governing body the FIA said a decision would not be made until Saturday because the stewards were “awaiting further evidence that will not be available until the morning”.

Verstappen is also set to appear in front of stewards on Saturday morning for an alleged breach of the FIA’s International Sporting Code concerning rules on working on the cars after qualifying.

An earlier communique from the stewards said that when Hamilton’s car was checked after the session, it was found that his rear wing did not comply with the rules regarding the maximum gap between two elements of the wing when the DRS overtaking aid was deployed.

The gap was measured to be larger than the maximum permitted distance of 85mm.

The DRS operates the upper flap of the rear wing, lifting it up on the straights on certain parts of the lap to reduce drag and increase straight-line speed. (Courtesy BBC)