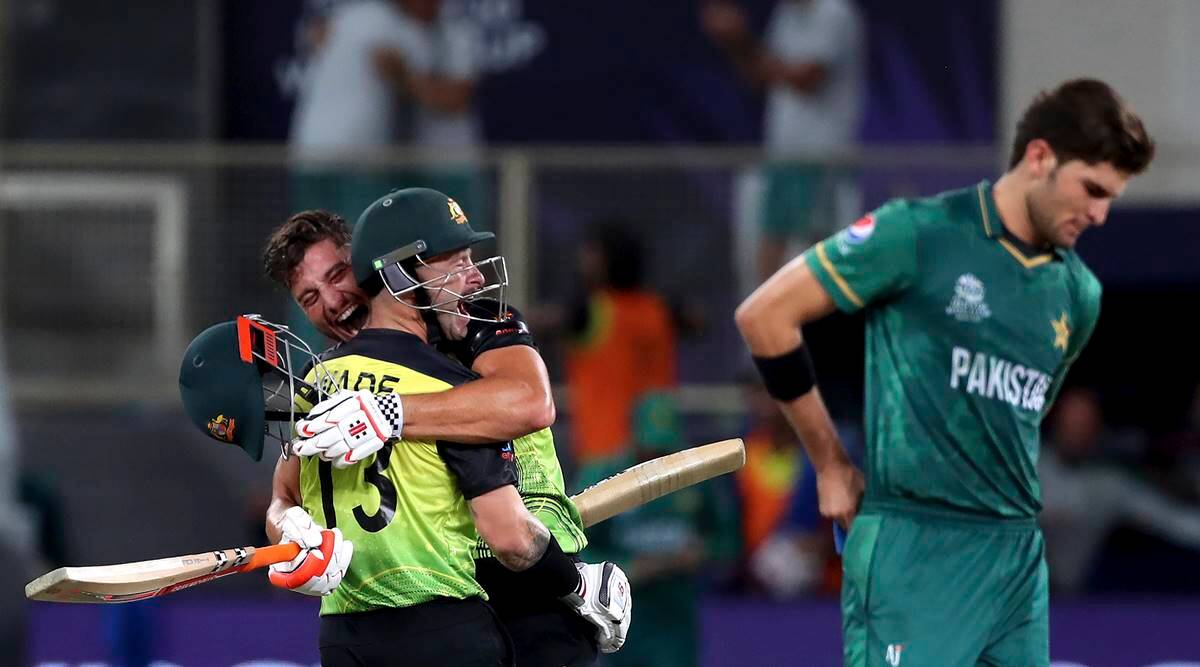 Australia came back from the brink to beat Pakistan by five wickets in another gripping Men’s T20 World Cup semi-final.

Needing 20 off the final 10 balls, Matthew Wade was dropped by Hassan Ali before hitting the next three deliveries for six to complete a stunning pursuit of 177 in Dubai.

Australia had been struggling at 96-5, despite a belligerent 49 from David Warner, before Wade and Marcus Stoinis’ grandstand finish.

Wade smashed an unbeaten 41 off only 17 balls, while Stoinis finished 40 not out off 31, their remarkable stand of 81 in 6.4 overs carrying Australia home with an over to spare and silencing a largely Pakistan-supporting crowd.

It was a second thrilling finale in 24 hours after New Zealand’s dramatic victory over England in Wednesday’s semi-final.

Australia and New Zealand, neither of whom have won the T20 World Cup, will meet in the final in Dubai on Sunday at 14:00 GMT.

Pakistan were favourites with Australia needing 62 off the last five overs and 37 off the final three.

Wade hit Hassan for six to give them renewed hope, before taking Pakistan’s premier pace bowler Shaheen Afridi apart in an over that will live long in the memory of Australia fans, albeit after Hassan put down a tough chance on the move at deep mid-wicket with Wade on 21.

“Not at any stage did I think the game was in the bag,” said Australia captain Aaron Finch.

“The way that Matthew Wade held his nerve at the end was unbelievable. The partnership with Marcus Stoinis was crucial. It was a great game of cricket.”

Few would have expected Australia, who came into this tournament having lost their past five T20 series and were bowled out for 62 by Bangladesh in August, to reach the final.

They lost Finch for a duck in the first over, saw Mitchell Marsh and Steve Smith fall to Shadab Khan, and luck seemed to be against them when Warner was given out caught behind despite replays suggesting he did not edge the ball.

Stoinis overcame his struggles against spin to see off leg-spinner Shadab, who finished with 4-26, and he and Wade were content to take quick singles until freeing their arms late on.

They were helped by a below-par Pakistan. Hassan endured a dreadful day with the ball – he finished with 0-44 from four overs – but it was his drop to reprieve Wade upon which the game swung.

It was a stunning victory for an Australia side that, as Finch said, were written off before the tournament. (Courtesy BBC)