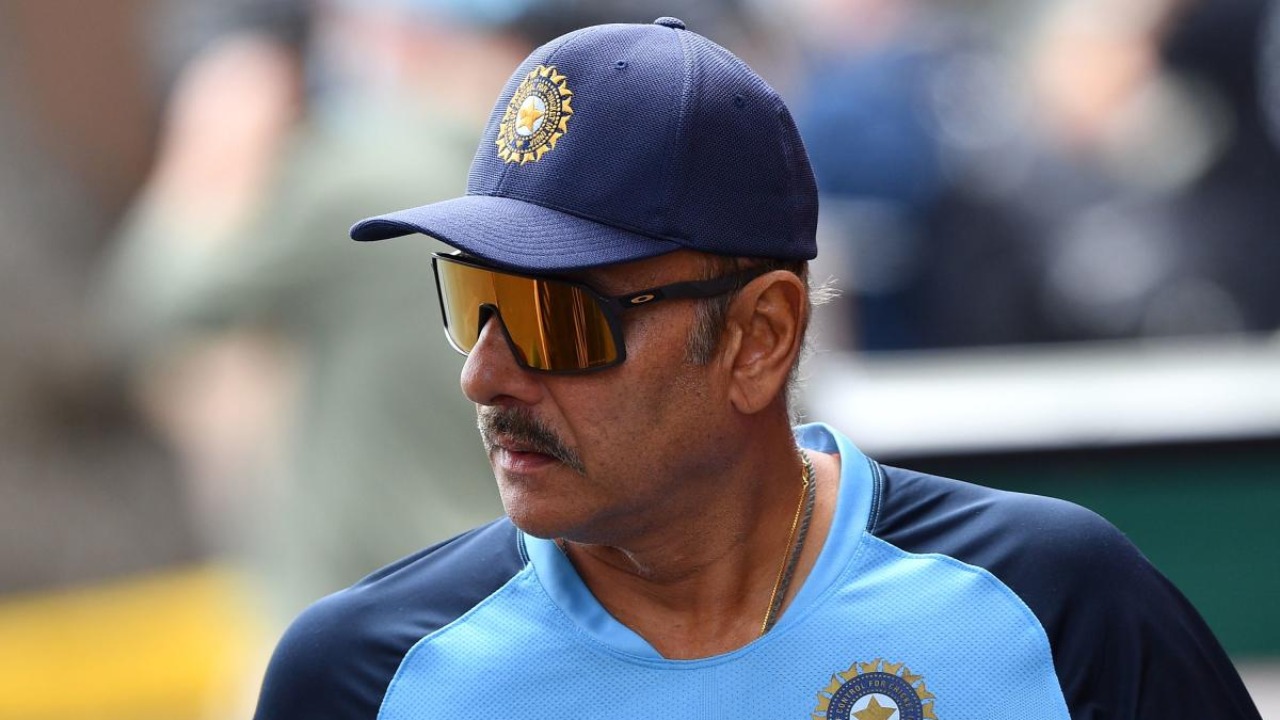 India coach Ravi Shastri said his players are “physically and mentally drained” as the pre-tournament favourites ended their disappointing T20 World Cup campaign with a nine-wicket consolation win over Namibia.

India were unable to reach the semis after defeats to Pakistan and New Zealand in their first two games.

The tournament rounded off a jam-packed 11 months for India that has seen a historic Test victory in Australia, eight Tests against England, the World Test Championship final against New Zealand and white-ball series against England and Sri Lanka.

Their players have spent almost six months in bubbles after arriving in England in early June before the Indian Premier League (IPL) was completed in the United Arab Emirates between 19 September and 15 October. Their first game World Cup game was then on 24 October.

Shastri, who will now be replaced by Rahul Dravid after five years in the job, said: “The players need rest now.

“They have spent six months in the bubble and we would have ideally liked a bigger gap between the IPL and the World Cup.

“It is when the big games come and the pressure hits you, you are not as switched on as you should be.

“It is not an excuse because we take defeat – we’re not scared of losing. In trying to win you will lose games, but here we didn’t try to win because the x-factor was missing.”

A rest is unlikely to come anytime soon with India playing three Twenty20s and two Tests against New Zealand from 17 November before series against South Africa, West Indies and Sri Lanka – which total five Tests, six ODIs and 10 T20s – before the middle of the March.

New Zealand’s win over Afghanistan on Sunday had secured their progression to the last four and knocked India out.

India’s opening two defeats left them needing to win all three of their remaining games, which they managed in ruthless fashion, but they also needed other results to go their way.

The group-stage exit follows a semi-final exit in the 2019 50-over World Cup and the second-placed finish in the World Test Championship, meaning India’s last success in an ICC event was the 2013 Champions Trophy.

Despite that, Shastri said his India side will be known as “one of the great teams in the history of the game” and this early exit “takes nothing away from a great side”.

The game was Virat Kohli’s last as India captain in the format, with the 33-year-old hinting that Rohit will take over during his interview at the toss.

One of Rohit’s first jobs will be deciding the make-up and personnel of his team going forward with Ashwin impressing after coming into the side for the three wins.

Rohit was at his belligerent best, hitting seven fours and two sixes in his 37-ball 56 that broke the back of the chase for India.

KL Rahul, who finished unbeaten on 54, and Suryakumar Yadav, who made 25 not out, then shared an unbroken 50 to see India home with 30 balls to spare.

India captain Virat Kohli: “A positive is the way we played in the last three games. It’s a game of margins, you talk about two overs of intent in the first two games and things could have been different.

“We won’t make arguments about the toss because you should do both things well whether you win or lose. We were not brave enough in the first couple of games.”

Namibia captain Gerhard Erasmus: “Quick turnarounds mean we haven’t been able to soak in the experience. Only once we get back we’ll realise we played at an awesome level of cricket and we managed to compete, so if we can keep playing in tournaments like this cricket can only grow.

“We can take a lot of positives individually and as a team we’ll take this experience as a whole. Hopefully this lays the foundations for us to take the next step.” (Courtesy BBC)