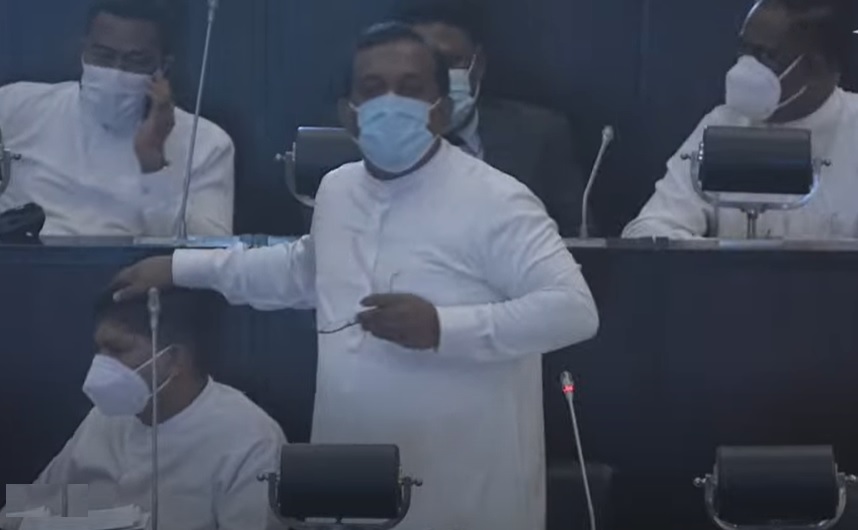 Minister Mahindananda Aluthgamage attempted to control State Minister Lohan Ratwatte in Parliament today during a heated exchange of words with the opposition.

Aluthgamage was engaged in an exchange of words with the opposition in Parliament today while speaking on the fertilizer issue.

Ratwatte, who was seated next to the Minister, was seen shouting out at the opposition and even called one MP a “pakaya”.

Minister Mahindananda Aluthgamage was seen placing his hands on Ratwatte’s head in an attempt to calm him.

Ratwatte even stood up at one point to shout at the opposition.

Aluthgamage was, however, seen making several attempts to control the State Minister.

The State Minister was in the spotlight recently over claims he had threatened inmates in prison using his gun. (Colombo Gazette)