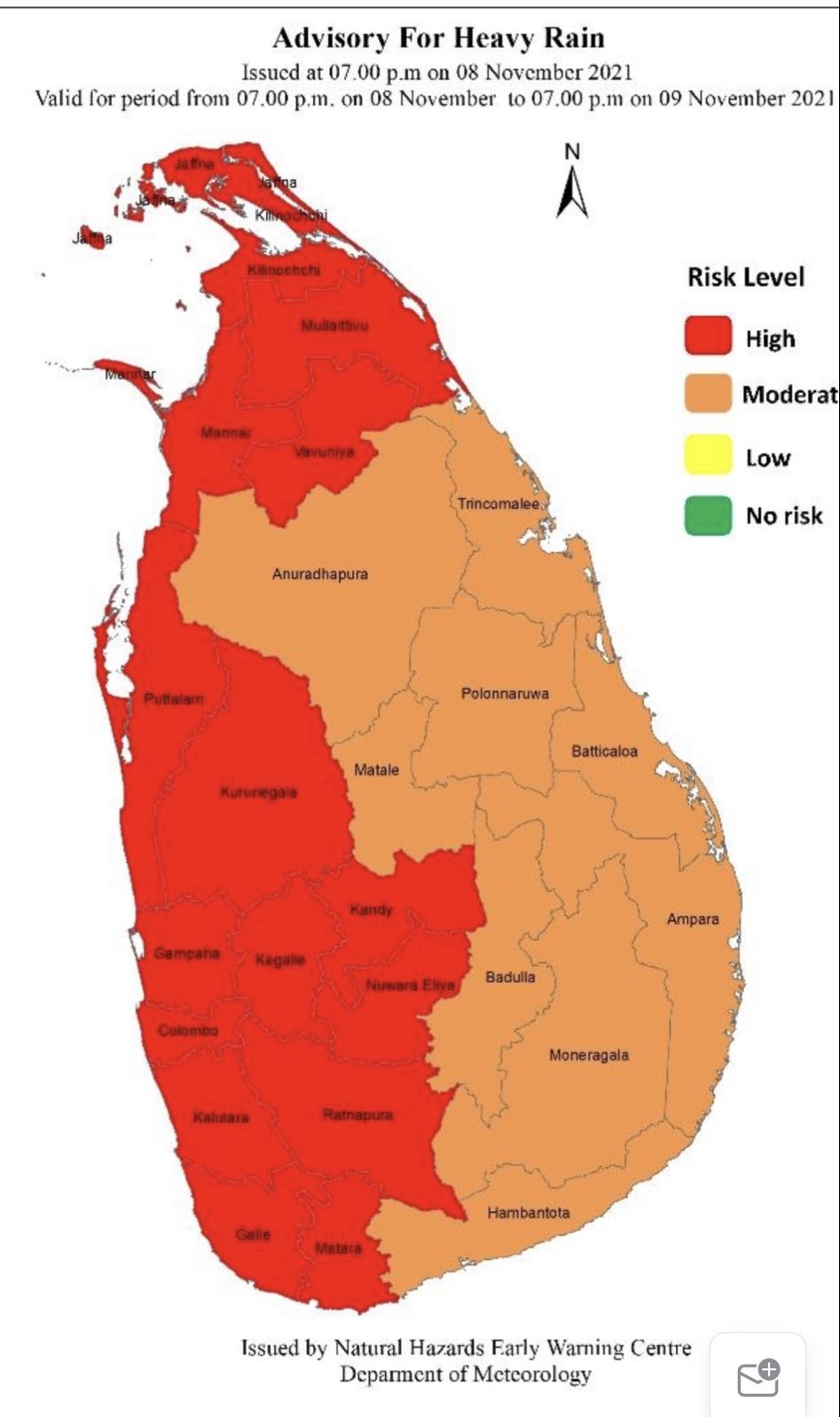 Several areas including Colombo have been placed on high alert as heavy rain and strong winds threatened to wreak havoc.

The security forces have been placed on standby with a red alert being issued for a number of areas including the Western and North Western provinces and the Kandy and Nuwara Eliya Districts.

The Department of Meteorology said that over 150 mm of rain was expected in several parts of the country and over 100 mm of rain in other areas.

The public have been urged to take adequate precautions to minimize the damage caused by temporary localized strong winds and lightning during thundershowers.

The public have already been warned to be on alert for minor floods and landslides in some areas. (Colombo Gazette)