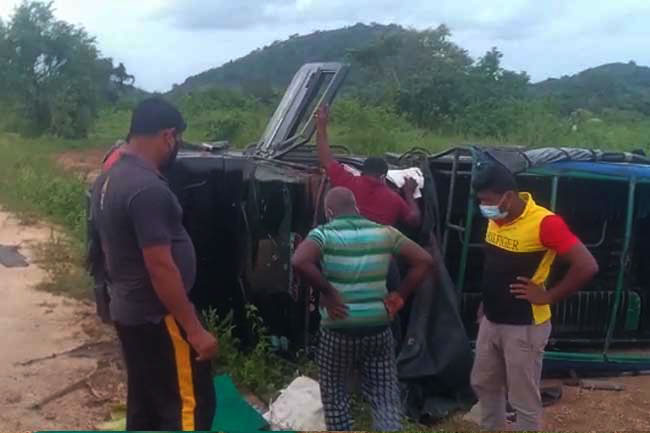 Two people have been killed and nine others sustained injuries following a safari jeep accident in Habarana.

The accident occurred when the occupants were at a wildlife sanctuary in Habarana.

According to reports, the accident occurred when the jeep was attempting to escape a charging elephant.

The injured have been admitted to hospital for treatment. (Colombo Gazette)