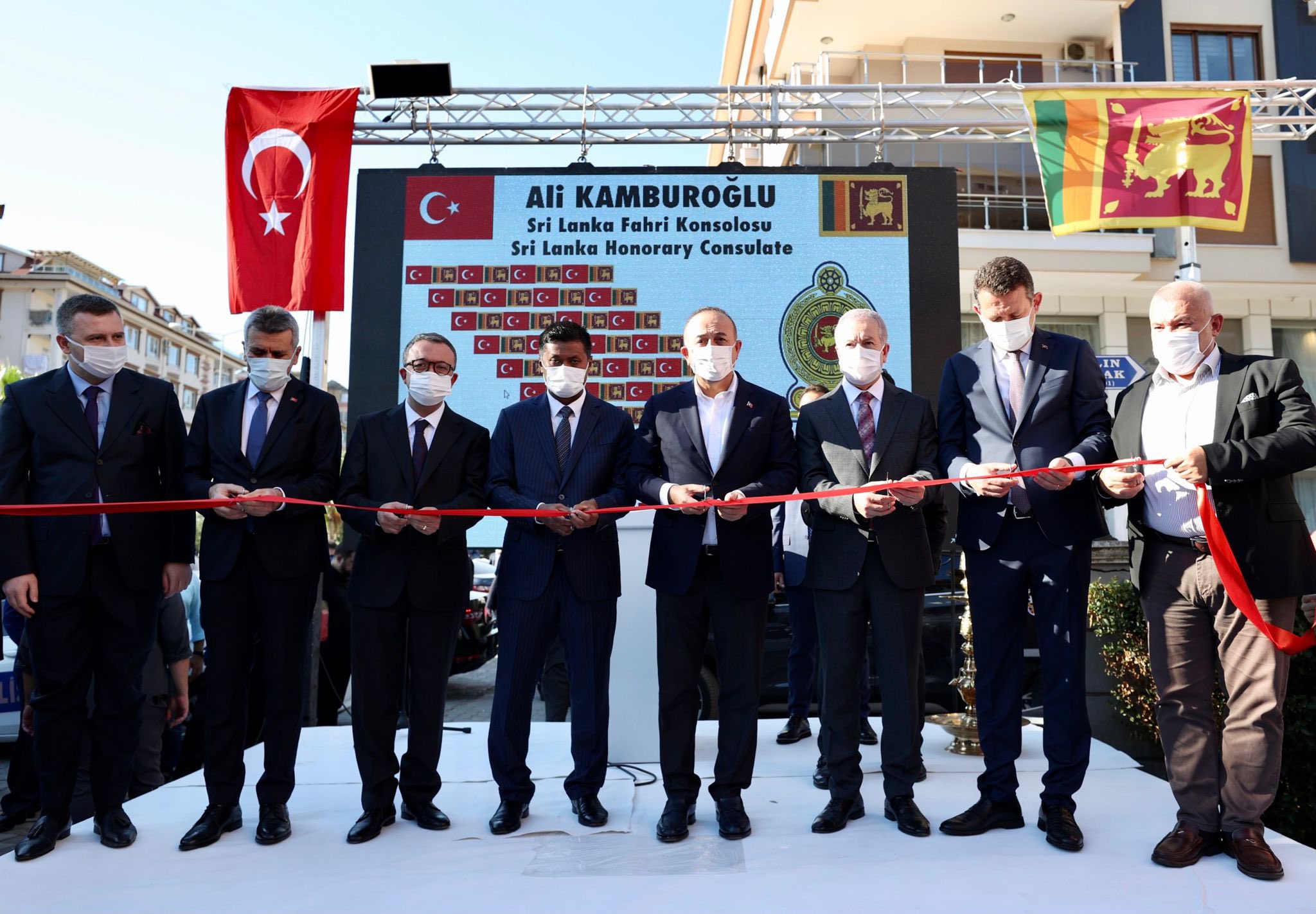 Turkey wants to develop closer ties with Sri Lanka, especially in the fields of economy, culture, and education.

Speaking at the event, Minister Mevlüt Çavuşoğlu said Ankara desires to promote cooperation with Sri Lanka in fields such as economy, culture, and education.

Turkey was one of the first countries to recognize Sri Lanka following its independence in 1948, he added.

Çavuşoğlu said bilateral ties have grown stronger since a tsunami rocked Sri Lanka in 2004 and President Recep Tayyip Erdoğan paid a visit to the country at the time.

Commenting on financial relations, Çavuşoğlu said the two countries set a trade target of half a billion dollars, but the figure stood at about $102 million in the first half of 2021.

He suggested, however, that maintaining economic relationships based on a few specialized products would be unsustainable, and that trade ties should be more diverse.

The Turkish diplomat said health and tourism sectors should also be explored and incorporated into relations.

In a Twitter post, Çavuşoğlu said: “[Turkey] Will further develop our cooperation with friendly Sri Lanka in the framework of our Asia Anew Initiative.”

“By opening the consulate we are looking forward to increasing trade, investment, tourism and cultural relations, and more importantly people-to-people contact with this region.”

He added: “The region of Antalya has many opportunities, which can bind the business community in Sri Lanka. Our initiative to open this office provides an opening to explore untapped opportunities available in Antalya for the betterment of the people of Turkey and Sri Lanka.” (Anadolu Agency / Colombo Gazette)