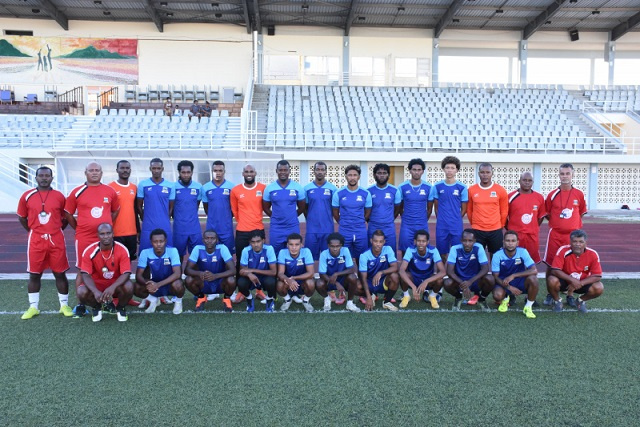 Seychelles’ men’s national football team will participate in a friendly tournament in Sri Lanka from November 8-17.

The Seychelles’ side will leave the island nation on Saturday and play its first match in the Four Nations tournament against Bangladesh on Monday November 8. On the same day Maldives will play against Sri Lanka.

Manager Michael Delpeche said that the team has been training hard and he is pleased with the level of discipline of the players ahead of the four-nation friendly.

“We’ve put together a mixture of established and young players. We want them to get this experience as we are also preparing for the future,” said Delpeche.

He added that he also had the cooperation of the Federation and the clubs.

“The players show a lot of discipline, which is encouraging. The line-up for the matches will not be known until two hours prior to the match, and this will be communicated in due time,” added Delpeche.

The tournament will be played in a round robin format with all four teams playing each other once. The top two teams with the most points will meet in the final on Wednesday November 17 at 10.30 pm Seychelles time.

All matches will be held at the Racecourse Ground in Colombo, Sri Lanka.

Meanwhile, the Seychelles selection under-20 and under-17 will take part in the Council of Southern Africa Football Associations (Cosafa) tournaments in December.

Currently ranked 199th out of 210 nations, the last outing of the team from Seychelles, an archipelago in the western Indian Ocean, was last year of the 2020 Bangabandhu Cup, hosted by Bangladesh. In the six-team friendly tournament Seychelles lost 1-0 to Palestine in the semi-final.  (Seychelles News Agency)