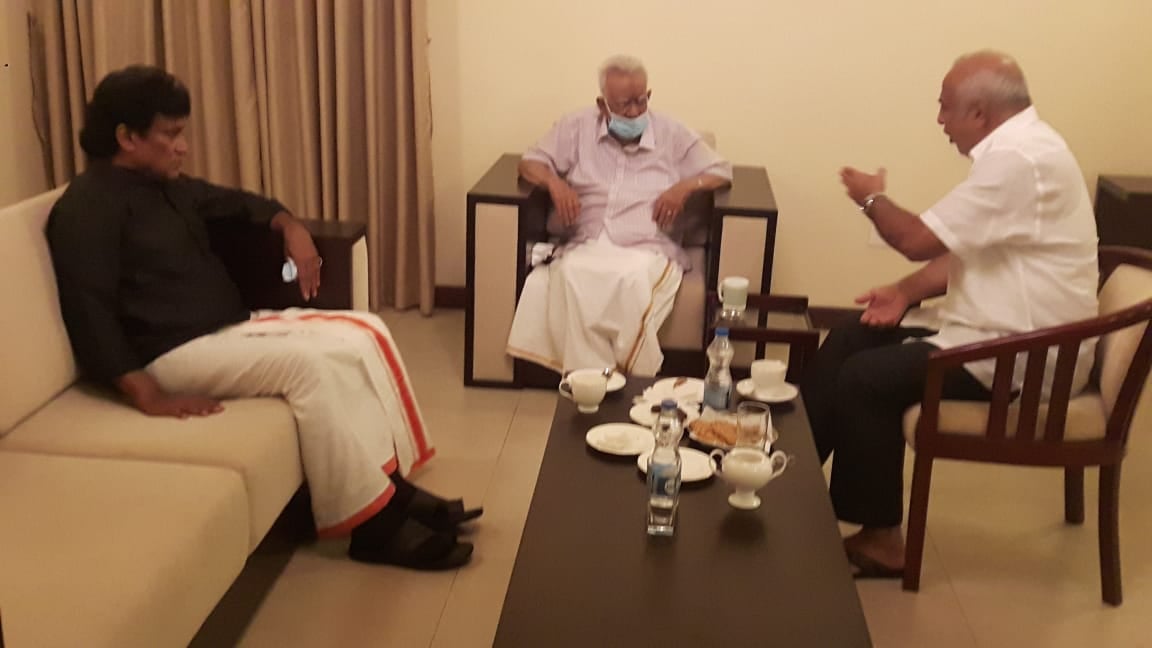 The three leaders met at the Colombo residence of TNA leader R. Sampanthan.

Sampanthan was briefed on talks held in the North and East recently between Tamil and Muslim political parties.

According to Mano Ganesan, the TNA leader had noted the need for unity among Tamil speaking political parties in the path to reach a political solution for the Tamils.

Sampanthan assured that the TNA will not attempt to scuttle the unity among Tamil parties.

The TNA leader had agreed that Tamil political parties must have talks among themselves.

He said that he will discuss the matter with other party leaders in the TNA. (Colombo Gazette)