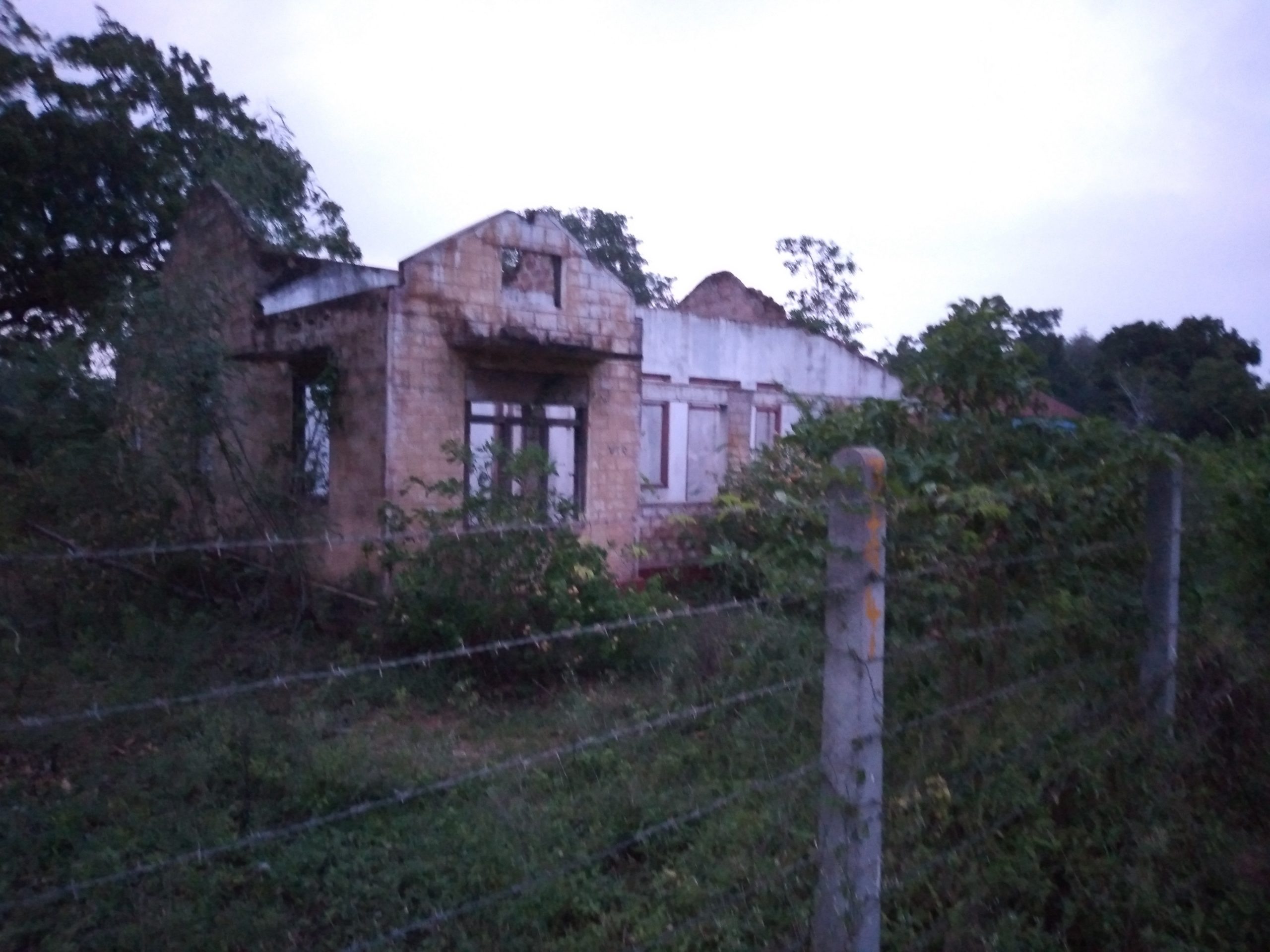 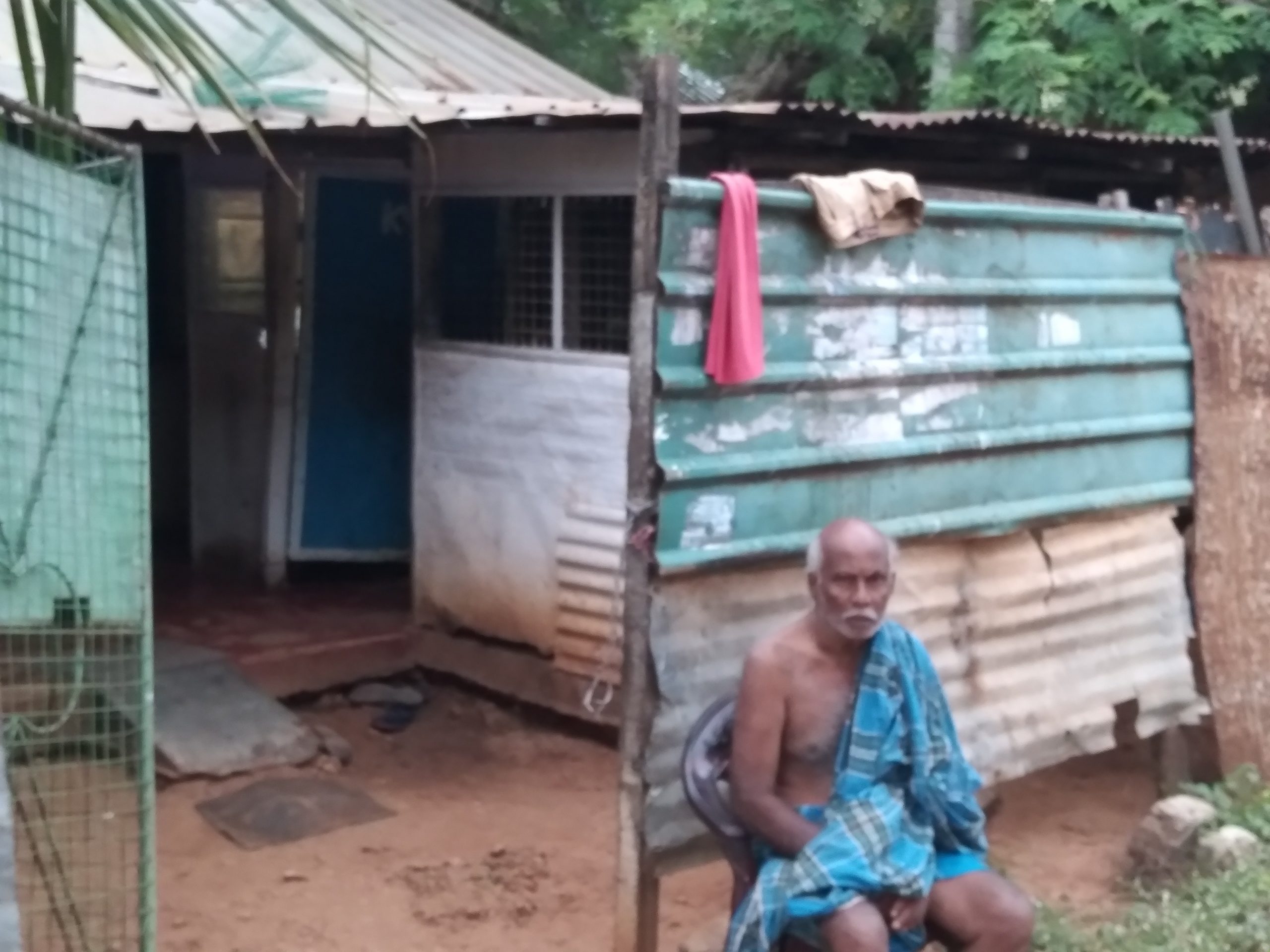 Over 6000 families remain displaced despite the end of the war in May 2009.

40 acres of the “Kankesanthurai Harbor Security Zone” land in Keerimalai, to be release soon, one local politician said. T.Murleetharan land officer of Jaffna district is unaware about this matter; he said this area is under the Navy control, the Navy is ready to release this area, but it’s not finalized. Kanagaratnam Maheswary, received a letter from the Department of Surveys, her land to be survey to be acquired  for public purpose (purchase).

Civil war ended in Sri Lanka on 18th May of 2009; still the IDP’s (Internally Displaced People) are unable to back their homes 23178 persons of 6511 families are still unable to see their lands, (source Resettlement Unit Divisional Secretariat Jaffna.)

85,000 persons or   35,000 families were displaced from their own villages in 16th of June 1990, when the war broke out between the security forces and the LTTE ; the place called Valikamam North was declared as High Security Zone; the reason is, the Northern Province tri forces camp is there.

The Valikamam area people first left their homes on 5th of June 1987, with a short notice announced by the government, through the radio, TV and leaflets dropped by military helicopter; the government launched an operation against the LTTE named “Operation Liberation”. The people were requested to leave their houses and settled in temples and churches and the troops moving forward with the tri forces help. The people left their houses and moved quickly, after this announcement; Sasikala Pathmanathan a young widow shared her horrible experience; while they were walking fast from their home to two kilometers distance an artillery shell attacked her mother; she was died on the spot; no one was ready to help Sasikala or her husband, because the artillery shells fell continuously closer to them; Sasikala and her husband  escaped and gave up their mother’s body in the roadside. After three hours when the shell attacks were reduced, her husband and other relatives back to the spot where their mother was died, took the body and cremate the closest cemetery.

The area people back to their homes after the Indo-Lanka accord signed by the then Indian Prime Minister Rajeev Gandhi and the President JR.Jeyawardane. During this period evicted families returned to their original homes but they were again forced out during the second phase of evictions.

The second phase of forcible eviction started on 16th June 1990, when the separatist war broke out between the LTTE and the troops, following the withdrawal of the IPKF. During this period, the remainder of the population was forcibly evicted, again by constant shelling and air raids on the villages on all four sides of the camp. By the end of 1993 the eviction was completed

This was followed by the demolition of houses, schools, churches, and the hospital. After the eviction, the army moved in to occupy the deserted villages. They occupied the lands and premises, ransacked the houses, schools, and places of worship, and took over whatever they wanted and destroyed what remained.

In 1996 when the government regained control in Jaffna, it permitted resettlement in about 12 villages located on the southern periphery of this Division. At the same time, it declared the area comprising of 30 villages within the Division to be part of a High Security Zone (HSZ) and thereby denied the inhabitants of these areas the right to return or to resettle in those villages.

To aggravate matters, the government by a gazette notification issued on 8th June 1999, declared under Section 5 of the Land Acquisition Act that 397 allotments of land totaling about 261,7365 hectares in the HSZ was needed “for a public purpose and will be acquired under the provisions of that Act.”

The army moved with bulldozers, to raze all dwellings, except the houses they required for their own use, and put up bunkers and defense lines. They then opened new roads through formerly thickly populated areas. They avoided using the existing roadways for fear of land mines.

During the first phase, over 400 individuals were killed. No reliable figures are available as to the loss of lives during the second phase; S.Gunabalasingam, President of the Vali North Resettlement Association said.

Those of the displaced of the low-income group who managed to live elsewhere within the District of Jaffna, either in State run ‘welfare center’s or with friends and relatives’ houses; the middle class and upper middle-class people stayed in rented houses all over the Jaffna peninsula.

These IDP’s made several protests and rallies to resettle their own places during the war and after the war. In 2013 TNA organized a protest in front of the Durgai Amman temple Tellipalai; then Opposition Leader Ranil Wickramasinghe also participated in that protest.

In 2011 then, Economic Development Minister Basil Rajapkase made a visit and delivered a speech in front of the Maviddapuram temple, which was located under the high security zone, in a large civilian gathering; in future there is no “High Security Zone” in Sri Lanka. The civilians who  gathered in the meeting, shouted and claped their hands with warmly welcomed his speech.

Almost eleven years passed the end of the war and ten years passed the present Finance Minister and the earlier Economic Development Minister’s announcement, but, 6511 families, 23178 persons are unable to see their own places till today; in the Jaffna district. (source Resettlement Unit District Secretariat Jaffna)

Three gramaniladari divisions, J/248, J/255 and J/256 are still inside the defense line. Some places in Karainagar and Jaffna town also still being used by the security forces and a part of Keerimalai and Kankesanthurai also still declared as Harbor Security Zone. 3300.37 acres of land is still under the defense line; 3027.85 acres of private land and 272.52 acres state land.

Charles attached to Jaffna library said, his house is just opposite the Plalaly camp, his house is not released so far and he rented a house in the Jaffna town and living with his family. Navratnam Vigneswaran a Hindu priest said his land is adjoining the Keerimalai cemetery area, the area still under control of the Navy; during the good governance rule, when President Maithripala Sirisena visited to Jaffna, the then Governor Northern Province Suren Ragvan gave letter to him, you are entitled to go to your land, but nothing was happened and recently a gazette notification was displayed in the Gramaniladari office, his land to be taken by the government and he is entitled to get the present value of the land he added.