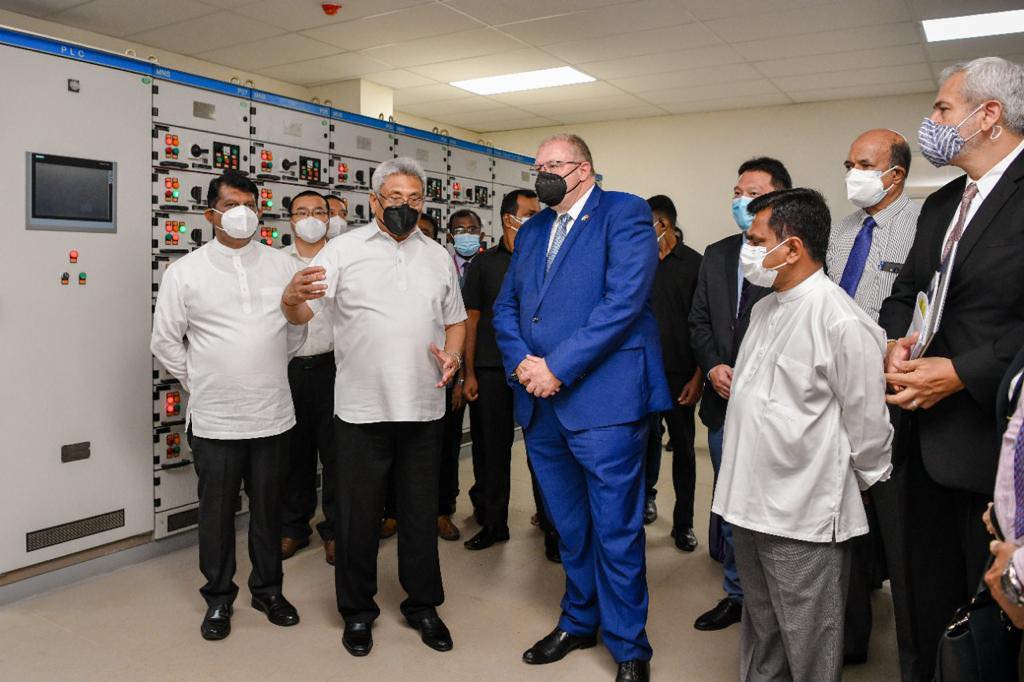 Schafer said that he had an insightful conversation with the President on Sri Lanka’s plans for a green, resilient, and inclusive recovery post-COVID19.

Schafer, said that he also had talks with the Prime Minister as well as Ministers of Transport, Health, and Highways to discuss the findings of the recent report Delivering Road Safety in Sri Lanka: Leadership Priorities and Initiatives to 2030.

“All stakeholders need to work together to improve road safety and save lives,” he said.

It includes 55 sub-projects and the Nagalagam Street Pumping Station is one of its sub-projects.

The main objective of this sub-project is to control floods in the city of Colombo and to avoid pollution caused by the depletion of water in the canals during the dry season.

The total cost of the project is USD 321 million and the World Bank has provided a concessional loan of USD 213 million. The Government of Sri Lanka has provided USD 108 million for this project. (Colombo Gazette)