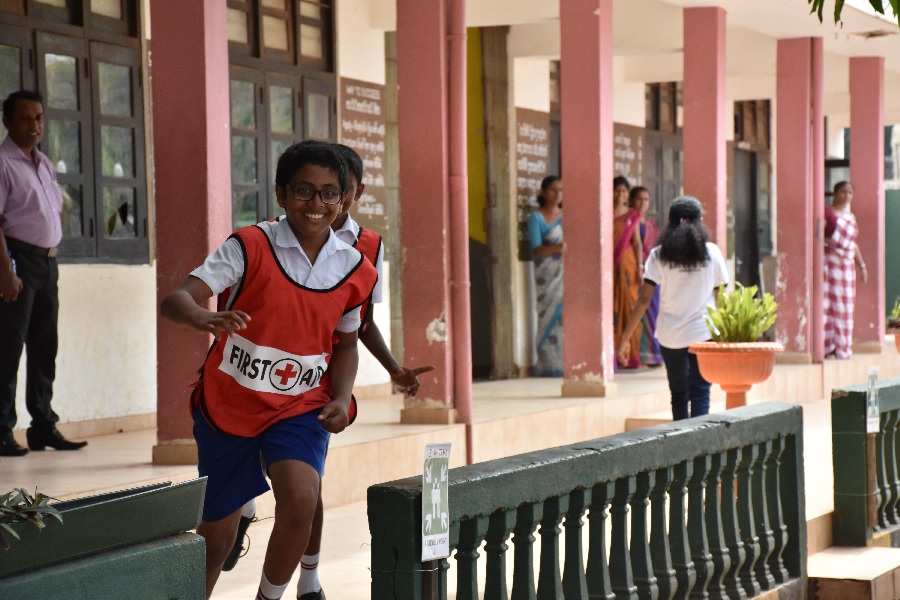 Asia-Pacific is recognized for being the world’s most disaster-prone region, accounting for 72% of all catastrophe fatalities between 1970 and 2011, with 76% of tsunamis occurring in the Pacific Ocean and its surrounding seas.

Two of the most disastrous tsunamis in living memory were the 2004 Indian Ocean tsunami and the 2011 Great East Japan Earthquake (GEJE) tsunami. Despite advances in seismological and tsunami science over the past 50 years, these tsunamis have wreaked havoc in the nations they struck, particularly among the most susceptible populations, such as children.

The aftermath of these disasters showed that governments were unprepared to deal with such large-scale and destructive occurrences. Some of the key causes included a lack of awareness, information, and skills, as well as the inadequate facilities and preparatory measures in place to face such disasters.

Droughts, floods, landslides, cyclones, vectorborne infections like malaria and dengue fever, and coastline erosion are the most common natural hazards in Sri Lanka apart from the recent pandemic. Tsunamis are rare, yet they may be devastating. The Indian Ocean Tsunami of 2004 resulted in the deaths of over 35,000 Sri Lankans and impacted over one million people throughout the island. 183 schools, 18 vocational and industrial training institutes, and four universities in fourteen Coastal Districts were damaged, disrupting the education of approximately 100,000 students.

Tsunami school preparedness in Asia and the Pacific

These disasters underlined the importance of implementing educational and training programs to prepare people in the event of a disaster in the future. To help lessen the number of fatalities or injured by tsunamis, the Government of Japan supported a regional effort titled ‘Partnerships for strengthening school preparedness for tsunamis in the Asia Pacific Region’. 90 tsunami drills in 90 schools across 18 nations were rolled out by the United Nations Development Programme (UNDP) country offices around Asia and the Pacific. Tsunami drills in schools are an excellent technique to educate children about the natural disaster, so that they understand the warning signals in the event of a tsunami and what steps to follow.

UNDP in Sri Lanka, in collaboration with the Ministry of Irrigation and Water Resources and Disaster Management, the Ministry of Education, the Sri Lanka Red Cross, the Tri Forces, the Sri Lanka Police, and School Development Societies, launched the first phase of the project in Sri Lanka back in June 2017. Working together by designing, implementing, and coordinating school simulation programs in five selected schools, more than 8,250 children and individuals in Galle, Batticaloa, Jaffna and Ampara, areas affected by the tsunami in 2004, were a part of the simulation drills.

Given the success of the first phase of the project, Phase II in December 2018 put the prior preparations to the test, through more safe evacuation drills and school-level competitions, reducing reaction time even further. Preparedness plans and exercises were duplicated, and the new phase focused on identifying a drill champion school, with training batches introduced, and a school-level disaster plan deemed a vital outcome for tsunami preparedness. Another tool that was launched through the project was the STEP A application which houses data on tsunami-prone schools and assesses the preparedness level of a school based on five parameters: policy, knowledge, preparedness and response plan, early warning system, and resource mobilization capacity. With the use of STEP A, the assessment process can be carried out faster, at-scale and more efficiently. Furthermore, results of the assessment is accessible and is available in an easy to understand format for all school stakeholders.

Building on the successes of Phase I & II, the overarching goal of Phase III of the project, which will run from August 2021 to March 2023, is to minimize the number of school children who lose their life as a result of tsunamis, by further increasing tsunami knowledge and preparation. The purpose, similar to the goals of previous phases, aims to build and look beyond to reach vulnerable communities from across Sri Lanka.

Phase III of the project has also been developed to address school tsunami preparation in the altered setting in several Asia Pacific nations including Sri Lanka, in the perspective of the new normal in a post COVID-19 context. From school and community preparedness plans being reviewed and updated, to programme modules in place to institutionalize multi- hazard preparedness at local and national levels, and increasing public know-how through events, digital campaigns and awareness raising initiatives, the project aims to take a holistic outlook to ensure communities at risk of tsunamis are prepared and resilient.

World Tsunami Awareness Day which falls on 5th November each year seeks to raise global awareness while sharing new tsunami risk-reduction strategies. Every year, the unique themes discuss creative initiatives on the subject, in alignment to the ‘Sendai Seven campaign’ from 2016 to 2020. The theme for 2021 is no different, promoting alignment with Target F which is to ‘Substantially enhance international cooperation to developing countries through adequate and sustainable support to complement their national actions for implementation of the current Framework by 2030.’

To commemorate Tsunami Awareness Day this year, the project will support the Disaster Management Center of Sri Lanka to conduct a National Programme on 5th and 8th November which will take place over two sessions. The first will focus on reviewing current levels of preparedness and response mechanisms, and the gaps and needs to be addressed in 14 coastal districts of Sri Lanka, with the participation of Assistant Directors of DMC and National staff. The second session will focus on the Tsunami warning chain from the Tsunami Service Provider (TSP) to National or Local Disaster Management Offices (NDMO/LMDO), and community preparedness with the participation of representatives from the DMC, academia, sectoral agencies and other relevant stakeholders.

COVID-19 has posed new obstacles for disaster planning and response. Over 1.57 billion children and 91% of kids attending school in person in April 2020 were affected by the pandemic, which has led more than 190 nations to announce temporary school closures. There is an increasing need to strengthen community preparedness as a large proportion of students continue to learn from home or other locations. Therefore, it is vital to update existing preparation plans in schools and communities so that they become more robust to tsunamis, pandemics, and other disasters in order to continue aiding nations in enhancing their readiness and awareness in the current conditions.

Education delivery issues persist, particularly for students from vulnerable socio-economic backgrounds and those who reside in rural locations. It is only together, by increasing community readiness and creating multi hazard preparedness plans can we create an enabling and disaster-safe environment for students to continue to learn from home or other locations, working together to achieve the ambitious goal of making 100% of at-risk communities tsunami ready by 2030.