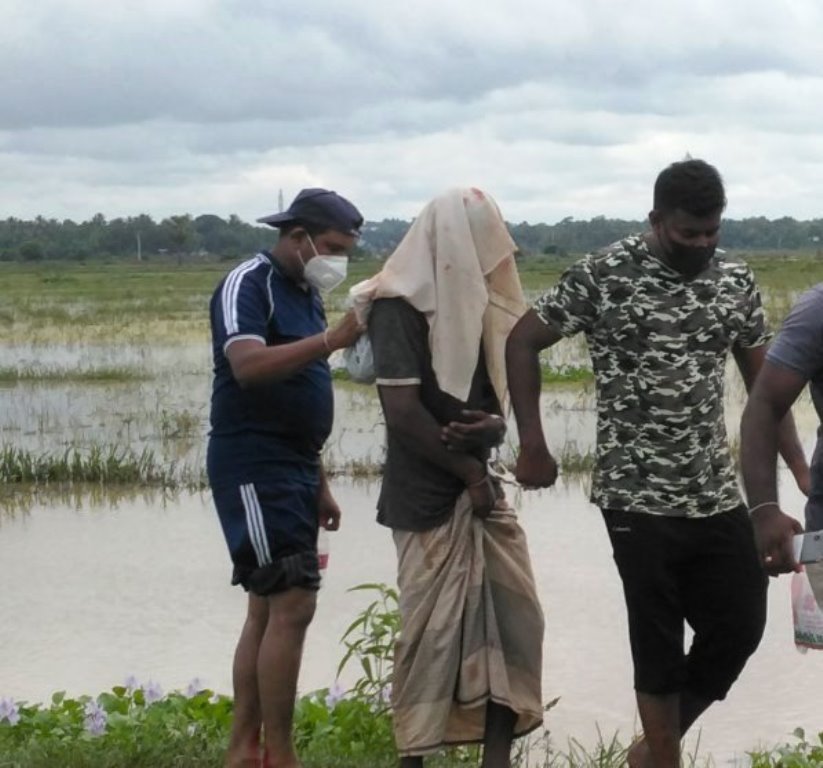 A suspect has been arrested in Samanthurai for killing his daughter’s unborn child.

The man had reportedly killed the fetus and dumped it into the river.

The 41-year-old suspect was arrested following investigations conducted by the Samanthurai Police.

The fetus was recovered following a search operation conducted by the Police and military in the area.

The man had impregnated his 16-year-old daughter and killed the unborn child.