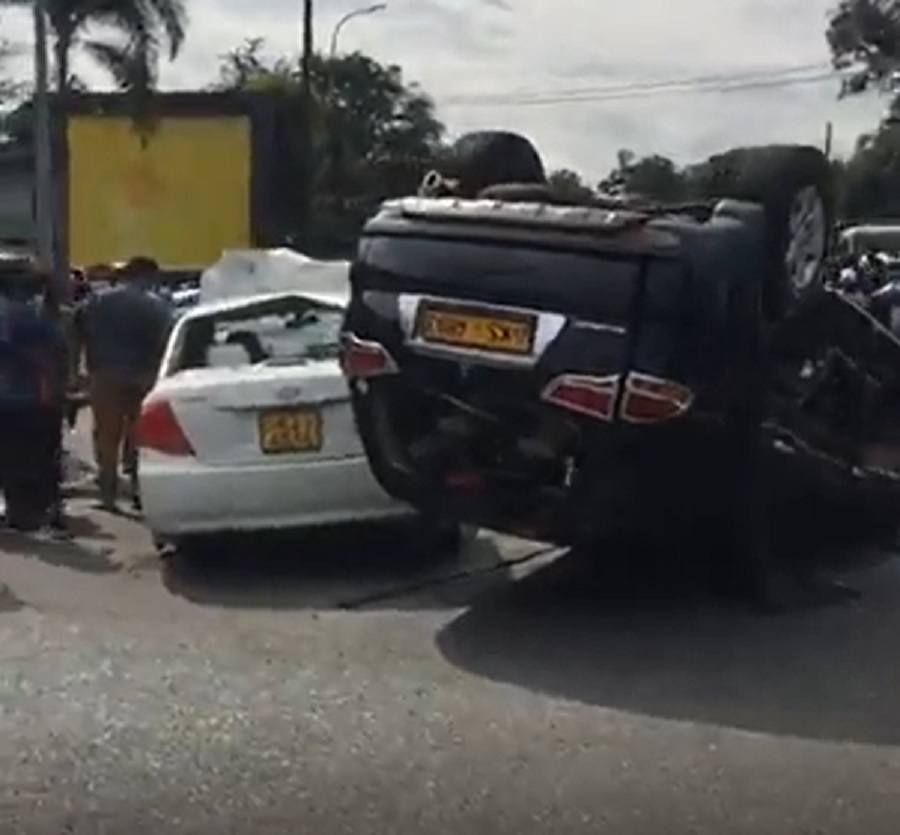 One person was killed after a jeep driven by a 16-year old boy crashed into multiple vehicles in Mahabage today.

The Police said that the jeep was heading towards Colombo from Negombo when the driver lost control of the vehicle and crashed into multiple vehicles.

The victim was identified as a 51-year-old man.

The Police said that three people were injured in the accident and were admitted to hospital.

The father of the boy was arrested for giving the vehicle to his son while the teen was also arrested.