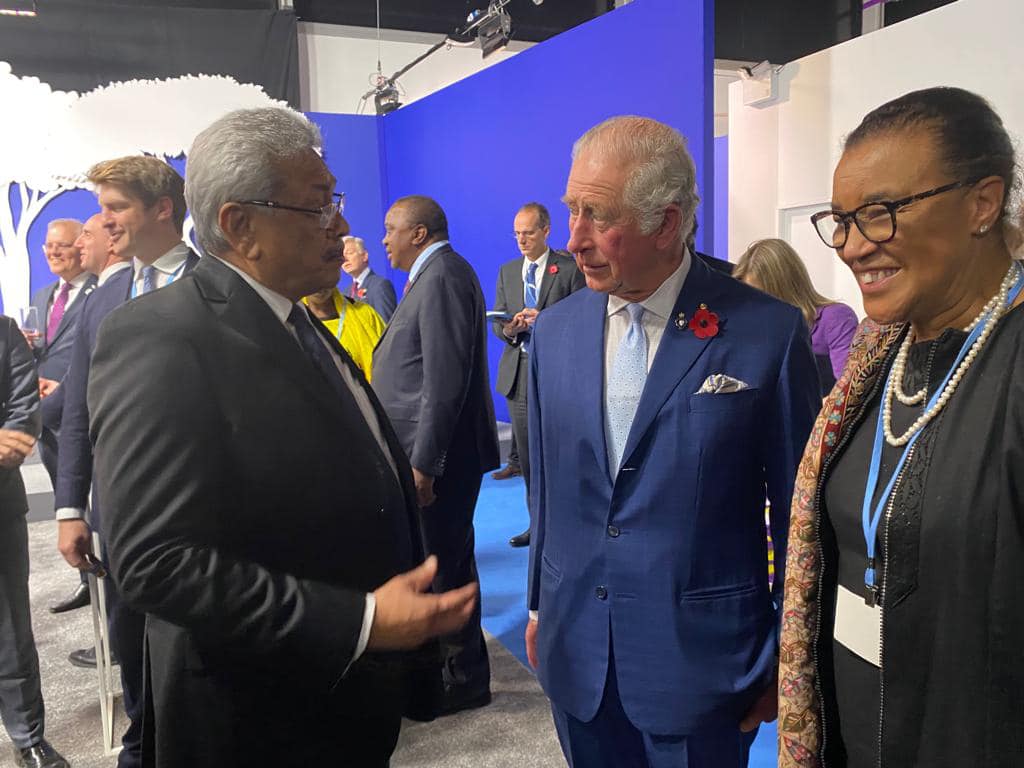 President Gotabaya Rajapaksa had talks with the Prince of Wales, Prince Charles, in Glasgow.

The President, who is in Glasgow to attend COP 26 UN Climate Change Conference, also had talks with the Crown Prince and Prime Minister of Bahrain Salman Bin Hamad Al Khalifa.

They discussed further strengthening the long standing friendship between Sri Lanka and the Kingdom of Bahrain.

The President also had talks with the Prime Minister of Nepal, Sher Bahadur Deuba and looked at promoting tourism and education between the two countries.

The President also met the President of Ukraine Volodymyr Zelensky, Director General of the World Trade Organization Ngozi Okonjo-Iweala as well as Heads of State and Representatives of several Middle Eastern and Western countries.