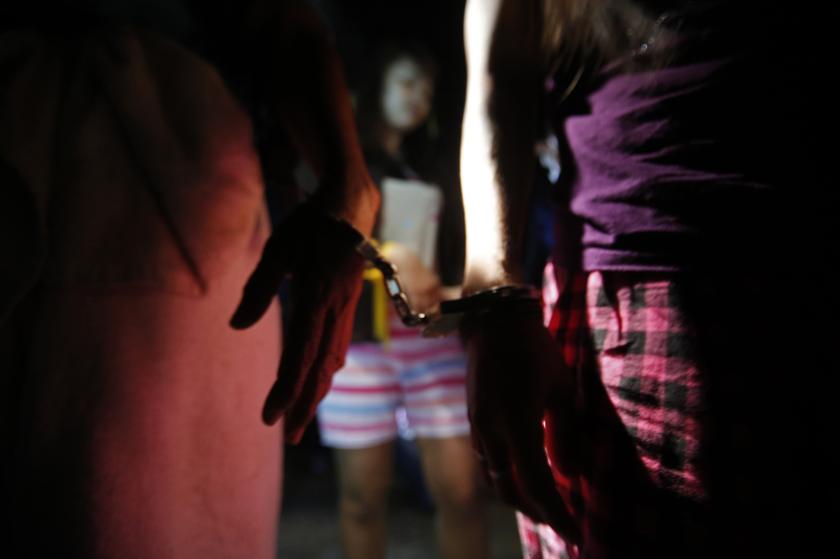 In a surprising turn of events the Police are said to be attempting to pin charges against five Indonesian women who were believed to have been trafficked into Sri Lanka for sex work, Daily Mirror learns.

The five women were rescued from a brothel in the Mount Lavinia area last week and were produced before a Magistrate and placed in a safe house.

However, the Police Media Unit yesterday (Tuesday) said that the women were not “rescued” but were “arrested” and have been charged.

A spokesperson at the Police Media Unit told Daily Mirror that the manager of the brothel has also been arrested.

Meanwhile, lawyers appearing for the women said that information on the brothel came to light after one woman had slipped a note from the gate to a passerby seeking help.

Speaking to Daily Mirror on the condition of anonymity, a lawyer said that the women were trafficked to Sri Lanka after being promised employment at star-class hotels.

However, the women had been forced into sex work after arriving in Sri Lanka and their passports had been confiscated.

“These women seem to be victims of loan sharks,” the lawyer said.

The Police and activists were alerted about the women by the passerby who got the note from one of the Indonesian women.

The Police raided the brothel and detained the women and later produced them before the Mount Lavinia Magistrate.

Sources said that there are fears over the safety of the women as it is feared a powerful hand is linked to brothel.

Lawyers, meanwhile, said that the Indonesian Embassy has been alerted over the incident. (Courtesy Daily Mirror)