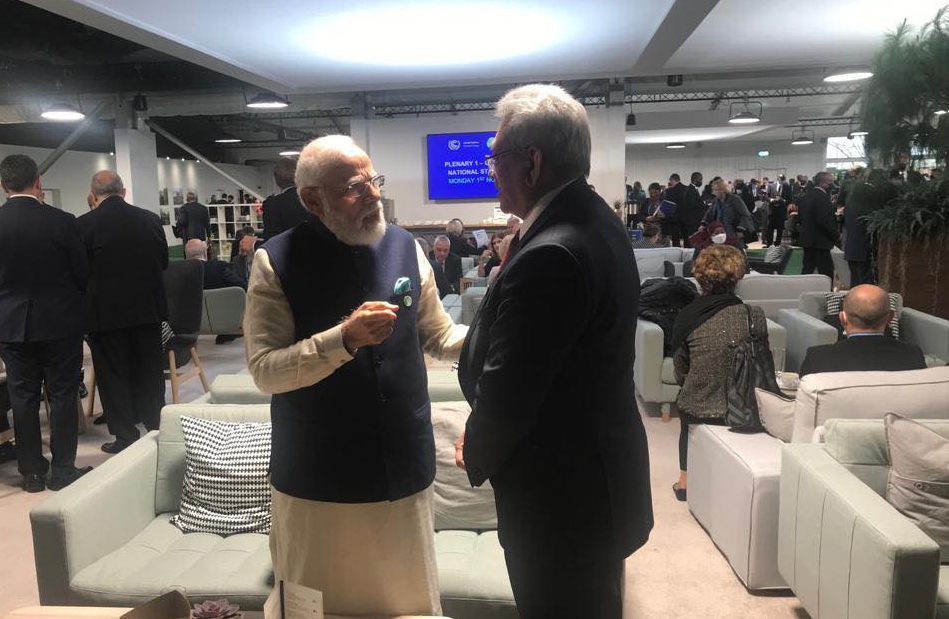 Rajapaksa said that he had a cordial meeting with Modi on the sidelines of the COP26 summit held in Glasgow.

Meanwhile, addressing the World Leaders Summit at COP26 in Glasgow, Scotland, President Gotabaya Rajapaksa said that Sri Lanka is proud to be a co-lead of the “Global Energy Compact for No New Coal Power”.

“It is essential that the world’s largest emitters of greenhouse gases fulfil their national commitments and assist developing nations navigate through the climate crisis,” the President said.

He also called upon all nations to work together in a spirit of true cooperation to overcome the crisis and sustain humanity and the planet.

“Sri Lanka recently restricted the imports of chemical fertilizers, pesticides, and weedicides due to public health concerns, water contamination, soil degradation, and biodiversity impacts. Although opposed by entrenched lobbies, this has created opportunities for innovation and investment into organic agriculture that will be healthier and more sustainable in future,” the President said.

He said that while climate change affects all nations, it disproportionately impacts developing island nations.

“Sri Lanka’s updated Nationally Determined Contributions aims to reduce emissions towards achieving carbon neutrality by 2050. It is expected to increase carbon sequestration capacity by 7% by 2030 and steps are being taken to phase out use of fossil fuels,” the President said.

He said that in 2019 Sri Lanka spearheaded the Colombo Declaration on Sustainable Nitrogen Management, which seeks to halve Nitrogen waste by 2030.

“We look forward to more countries joining this initiative,” the President said.