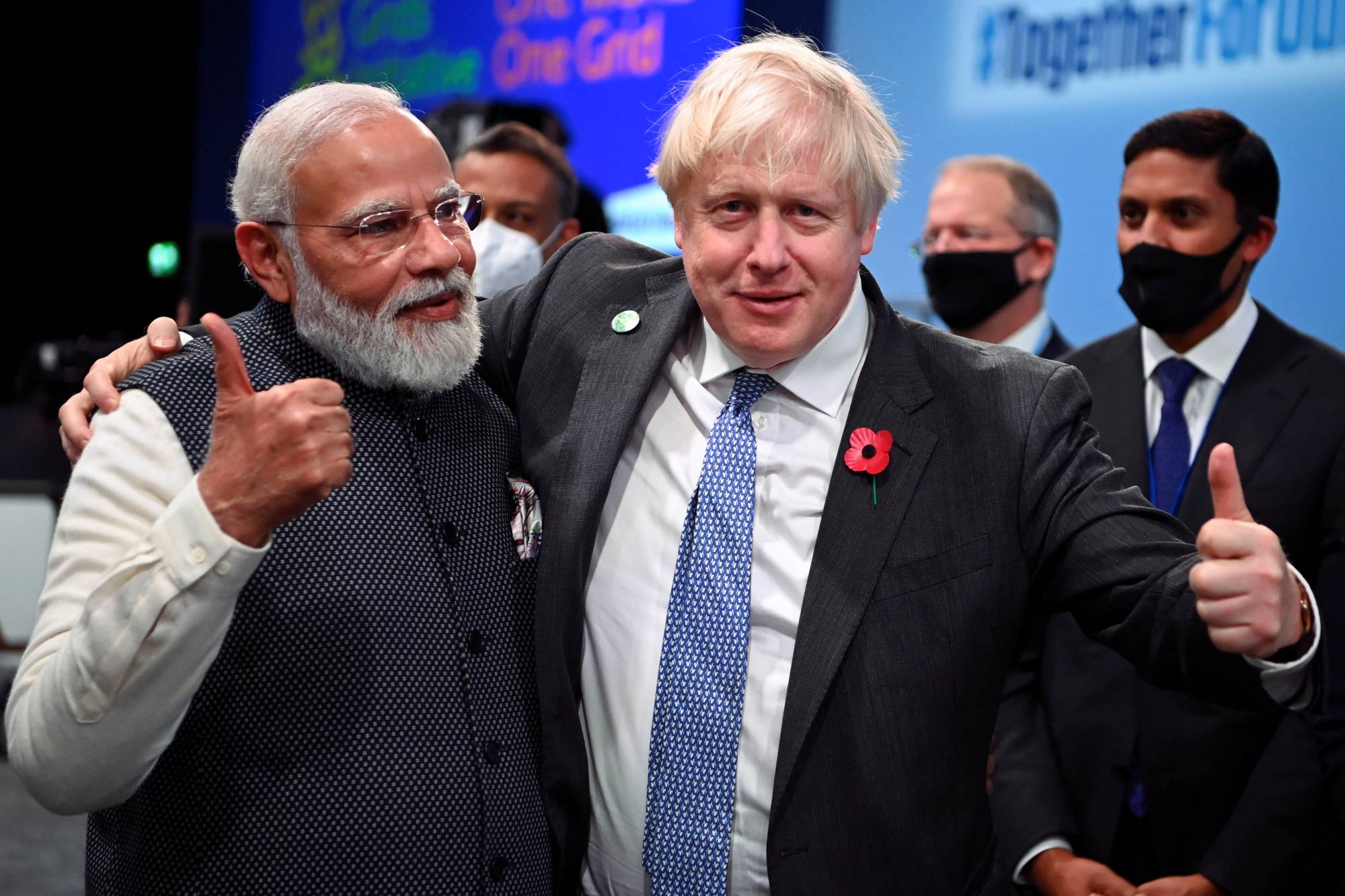 Concluding his five-day visit to Italy and UK during which he attended the G20 Summit and COP26 meeting, Prime Minister Narendra Modi left for New Delhi on Tuesday.

During the visit, the Prime Minister also held several bilateral meetings with his counterparts taking part in G20 and COP26 meetings. The G20 summit took place in Rome and COP26 is being held at Glasgow.

“Departing from Glasgow after two days of intense discussions about the future of our planet. India has not only exceeded the Paris commitments but has now also set an ambitious agenda for the next 50 years,” PM Modi said in a tweet on Tuesday.

At the COP26 Summit in Rome, PM Modi delivered India’s National Statement and announced five “amrit tatva” including the target to attain net-zero emissions by 2070.

He said that India will increase its capacity of non-fossil energy capacity to 500 GW and meet 50 per cent of its energy requirements through renewable energy by 2030. Underlining the concerns of the developing nations at the COP26, the prime minister announced the one-word moment, LIFE…L, I, F, E, i.e. Lifestyle For Environment. COP-26 is being held from October 31 to November 12 at Glasgow under the Presidency of the UK partnering with Italy. The high-level segment of COP-26, titled the World Leaders’ Summit (WLS), was held on November 1 and 2. Heads of state and government of more than 120 countries attended the summit.

The prime minister also attended the launch event of Infrastructure for the Resilient Island States here on Tuesday and announced that the Indian Space Research Organisation (ISRO) will build a special data window for Small Island Developing States (SIDS) for timely information about cyclones, coral-reef monitoring, coast-line monitoring through satellite.

He also participated in the Build Back Better for the World (B3W) event on Tuesday and laid stress on four aspects in infrastructure creation including sustainable and transparent finance that respects the sovereignty and territorial integrity of all countries. Emphasising the need to ensure four aspects in infrastructure creation, the prime minister said that these include climate resilience, incorporating traditional knowledge and prioritising poor and vulnerable sections.

The B3W was initiated by US President Joe Biden and President of the EU Commission Ursula von der Leyen.

On the sidelines of COP-26, the Prime Minister met his counterparts from United Kingdom, Nepal and Israel.

PM Modi participated in the G20 summit in Rome on October 30 and 31. He met outgoing German Chancellor Angela Merkel and Indonesian President Joko Widodo on the sidelines of the G20.

On Saturday, PM Modi had met Pope Francis at the Apostolic Palace in the Vatican. He presented him a silver candle stand and a book on India’s commitment to the environment. (ANI)