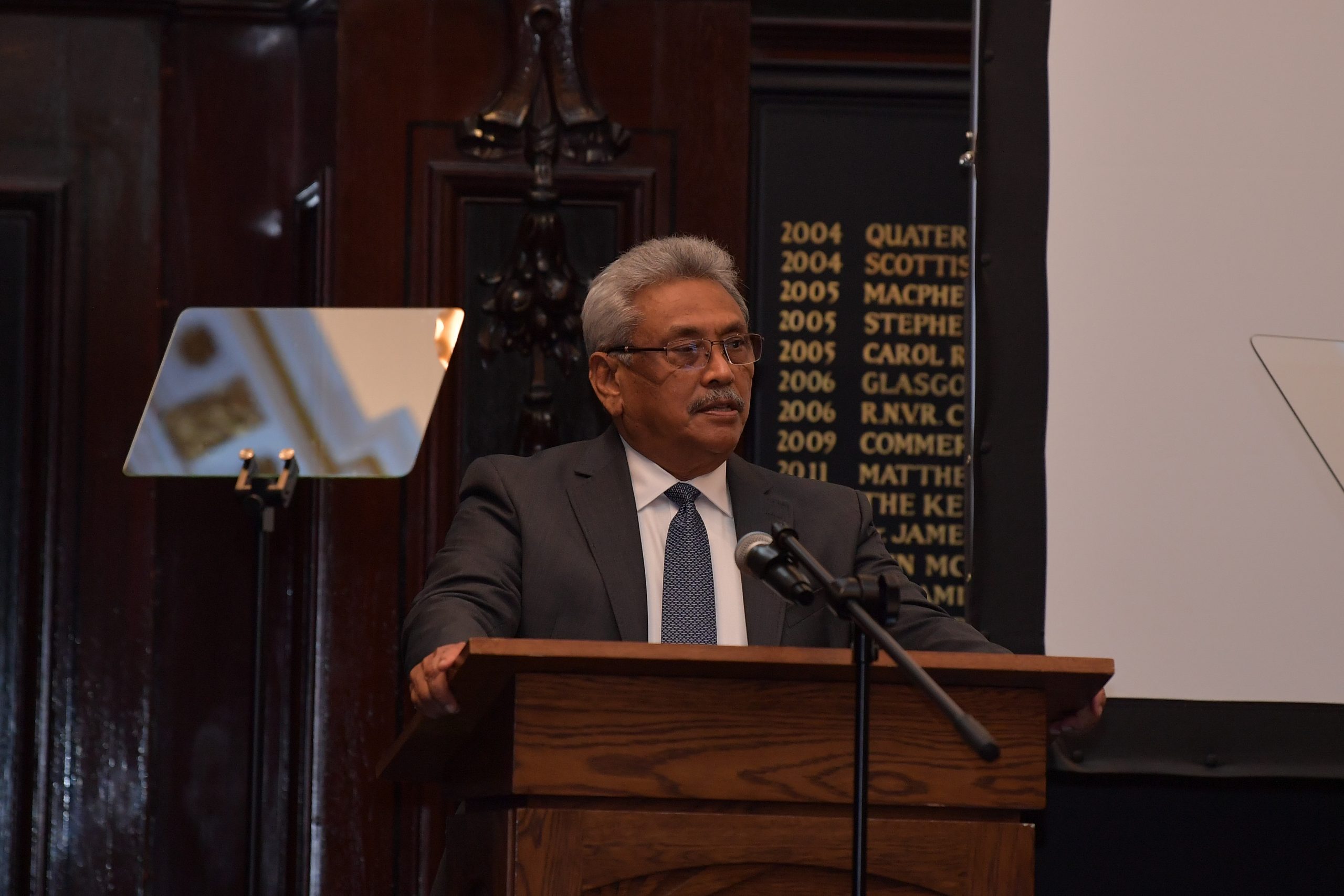 Sri Lanka has noted the negative effects of chemical fertilizer, on the sidelines of the United Nations Climate Change Conference (COP 26) in Glasgow, Scotland.

President Gotabaya Rajapaksa has emphasized the imperative need for a new agricultural revolution that is not against nature and pointed out that people should coexist with nature rather than act against it.

The President made these remarks addressing a special conference organized by Sri Lanka on the sidelines of the United Nations Climate Change Conference (COP 26) in Glasgow, Scotland, under the theme “Rediscovering Nitrogen: Solutions and Synergies for Climate Change, Health, Biodiversity and Circular Economy”.

He said the challenge facing Sri Lanka is to use modern scientific techniques and practices to enhance agricultural production without causing environmental degradation.

“For decades, chronic kidney disease has been a serious issue in Sri Lanka’s agricultural heartland. The overuse of chemical fertilizers has contributed significantly to this problem,” the President said, adding in this context that his Government took firm steps to reduce imports of chemical fertilizer, and strongly encourage organic agriculture.

The President said that although this action has been broadly appreciated, it has also met with some criticism and resistance.

“In addition to chemical fertilizer lobby groups, this resistance has come from farmers who have grown accustomed to overusing fertilizer as an easy means of increasing yields,” the President said.

He said that this is particularly unfortunate considering Sri Lanka’s rich agricultural heritage.

The President said Sri Lanka’s progressive agenda on the environment is being implemented despite the resource constraints it faces as a developing nation, and pointed out that sustaining such an agenda alongside development programmes is challenging for all developing nations, especially following the pandemic.

The President expressed hope that developed countries will extend their fullest support to such nations through development assistance, technology transfers, skills development, investment and financing support. He mentioned that there is also a significant role for businesses in this endeavour, and significant returns to be made in investments into sustainability.

“All of us alive today are custodians of this planet on behalf of future generations. We must all work together towards ensuring its health by contributing in whatever way we can,” President Rajapaksa said.  “If we all do this in a spirit of togetherness and good will, I am certain we will succeed in effecting positive change for our people and our planet,” he said.

While welcoming foreign representatives to the forum, Environment Minister Mahinda Amaraweera said that Sri Lanka has become the first country in the world to take the decision to convert conventional agricultural lands, 100% organic. The Minister said this move aims to create a green socio–economy with sustainable solutions for climate changes.