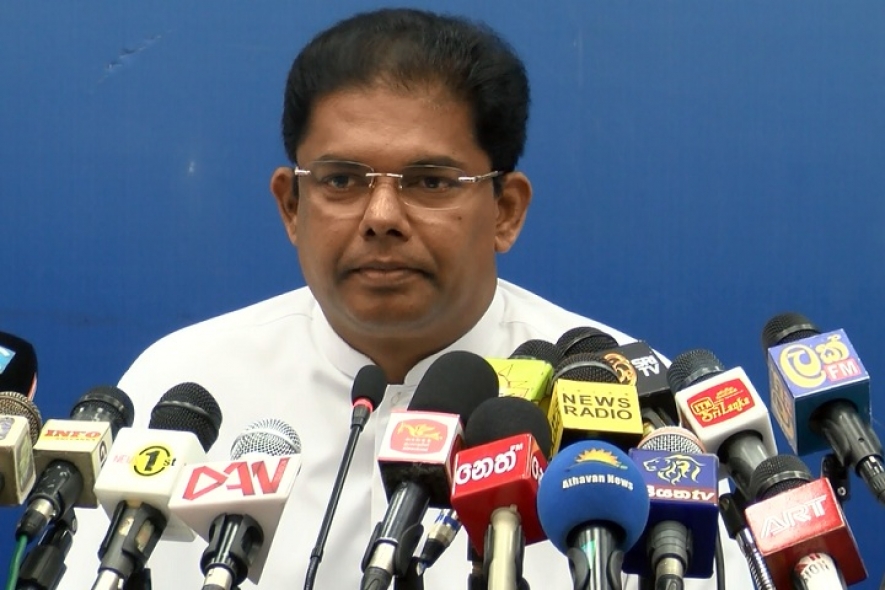 The main opposition Samagi Jana Balawegaya (SJB) suspects the allegations raised by some Cabinet Ministers against the Cabinet on the New Fortress Energy deal, is part of a drama orchestrated by the Government.

He said that those Cabinet Ministers should leave the Government instead of raising concerns while enjoying the perks of the Cabinet.

Karunatillake said that there is a feeling that this is just a drama.

A group of Cabinet Ministers have declared war on the Government over the decision to go ahead with the controversial deal on the transfer of shares of the Kerawalapitiya Power Plant to New Fortress Energy in the US.

The gathering insisted that they will do all in their power to prevent the Government from going ahead with the New Fortress agreement.

Gammanpila said that they have decided to bring their concerns to the public and seek public support against the New Fortress agreement.

He said that New Fortress was given the tender despite the company not participating in the open tender process.

Gammanpila also said that giving the tender to New Fortress could lead to a security issue in Sri Lanka as the US company could hold Sri Lanka to ransom if it gets control of Sri Lanka’s electricity supply.

The Minister also warned that the deal could hurt the sentiments of China and Pakistan who had supported Sri Lanka unconditionally in the past.

Weerawansa said that they as Cabinet Ministers are prepared to even lose their posts in the battle to oppose the New Fortress deal.

He said that the Government is also preparing to sign two more deals with New Fortress, which must be blocked.

State Minister Dayasiri Jayasekara said that in opposing the US deal, they have no intention of trying to topple the Government.

However, he said they have a responsibility towards the public who elected President Gotabaya Rajapaksa and the Government to power. (Colombo Gazette)