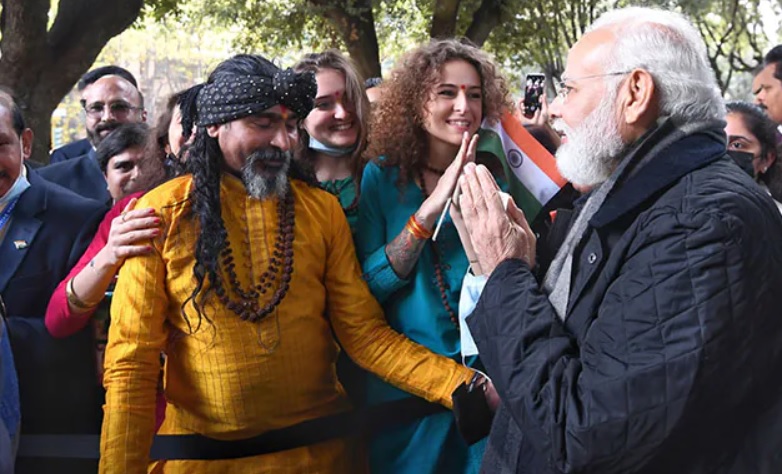 Prime Minister Narendra Modi on Friday interacted with people of different communities, including the Indian diaspora and friends of India from different organisations in the Italian capital and appreciated the role played by them in strengthening ties between India and Italy.

PM Modi, who arrived earlier in the day at the invitation of his Italian counterpart Mario Draghi, was received by him upon arrival at Palazzo Chigi, the seat of the Council of Ministers, for their first in-person meeting. He was also accorded a guard of honour.

The prime minister met members of the Indian diaspora in Italy and friends of India from different organisations, including representatives of the Italian Hindu Union, the Italian Congregation for Krishna Consciousness, the Sikh community and institutions involved in the commemoration of Indian soldiers who fought in Italy during the world wars, Foreign Secretary Harsh Vardhan Shringla told reporters at a briefing.

The prime minister met and interacted with several Indologists and Sanskrit experts from Italian universities. He noted their interest in Indian culture, literature and practice of yoga and ayurveda and lauded the role played by them in strengthening the ties between India and Italy, the Ministry of External Affairs (MEA) said in a statement.

Modi met and interacted with the community members from various organisations, including the representatives of Italian Hindu Union-Sanatana Dharma Samgha, it said in a separate statement, adding that the prime minister lauded the role played by them in propagating Indian culture in Italy.

In another statement, the Ministry of External Affairs said PM Modi met and interacted with the community members from various organisations, including representatives of Sikh community and institutions involved in the commemoration of Indian soldiers who fought in Italy in World War I and World War II.

The prime minister paid tributes to the valour shown by Indian soldiers in these wars, it said.

PM Modi appreciated the role played by the community members in strengthening ties between India and Italy.

Earlier, the prime minister paid floral tributes at the bust of Mahatma Gandhi in Rome during which he was cheered by an enthusiastic group of Indians at the venue, Mr Shringla said.

“The ideals of the great Bapu reverberate globally,” the Prime Minister”s Office (PMO) had tweeted earlier.

From Rome, Modi will travel to Glasgow, the UK, at the invitation of British Prime Minister Boris Johnson to attend the Climate Summit starting on Sunday. (Courtesy PTI)