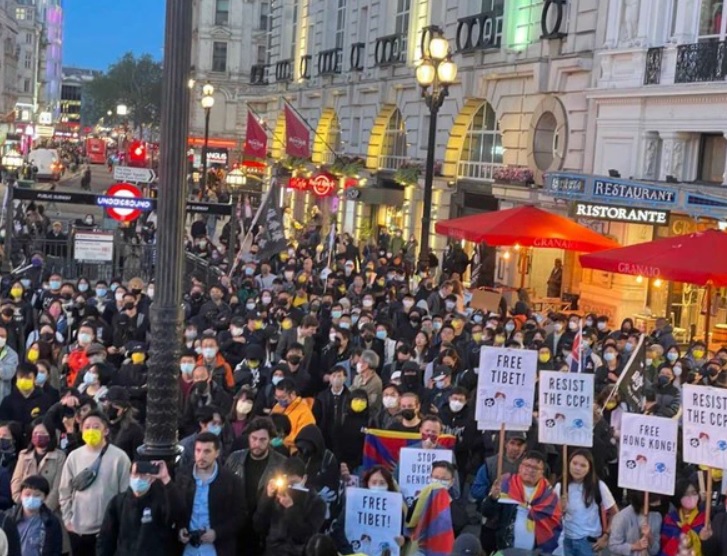 Hong Kong legislation on Wednesday passed a bill that will enable the government to ban films that are considered contrasting to the national security.

Any person who exhibits an unauthorised film could face up to three years in jail and an HKD 1 million fine. The bill was approved with landslide support from pro-establishment lawmakers during their last meeting in the sixth Legislative Council (LegCo) term, HongKong Free Press reported.

The new law also gives authority to the city’s chief secretary to instruct the Film Censorship Authority to revoke approvals granted to the films, if they believe the presentation of the movie may harm national security.

Meanwhile, heavier penalties will also be imposed on those who show films that are not approved by the authorities, as the offence is punishable by up to three years in prison and a maximum fine of HKD 1 million, Hong Kong Free Press reported.

The developments came months after Hong Kong director Kiwi Chow premiered his documentary “Revolution of Our Times” at Cannes Film Festival in July.

The film was about the 2019 anti-extradition bill protests and it did not apply for exhibition in Hong Kong and it was slammed by local Beijing-backed newspapers as advocating independence, an offence under the national security law, Hong Kong Free Press reported.

Meanwhile, several other films associated with the 2019 unrest, including have been pulled from commercial screening.

In 2019, more than a million Hongkongers held a mass protest that started with widespread opposition to plans to allow extradition to mainland China, and broadened into calls for full democracy and official accountability, as well as protests over unprecedented police violence, Radio Free Asia reported. (ANI)