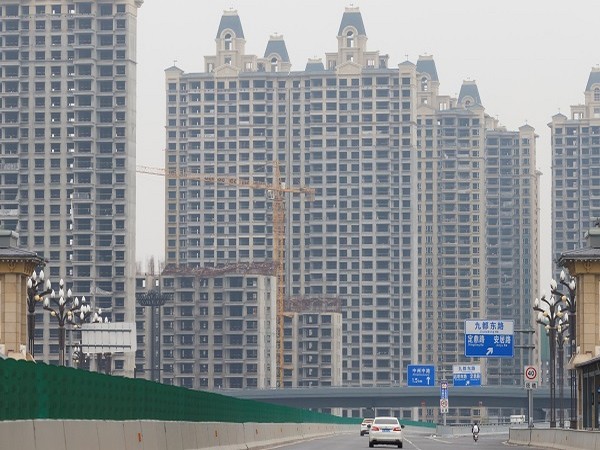 The Chinese economic slowdown in the third quarter of the current financial year unveils the problem of the growing debt in the real estate industry in the country with millions of houses unsold and unoccupied.

The Chinese government has suddenly woken up to a revelation that the slowdown in the economy is not just because of the unsettling power shortages and shipping disruptions, but also the real estate debt that has mounted to USD 5 trillion, according to The Hong Kong Post.

According to the newspaper, the Chinese GDP is said to have grown by a mere growth rate of 4.9 per cent in the third quarter and the source of the current economic problem lies in this sector where there are several companies that are facing deep trouble.

“Compared to the prior quarter, the economy grew a mere 0.2% in the July-to-September period — one of the weakest quarters since China started releasing such records in 2011. But some of the most significant concerns for growth are now rippling through the real estate sector, which is suffering from the energy woes along with a government drive to curb excessive borrowing,” the HK Post quoted CNN report as saying.

Talking about the problem in the simplest language, the root of the problem in the real estate sector lies in the non-availability of property tax in the country, which means that a person does not have to pay any tax to the government for owning a property in China as prices rise and profit increases, according to The HK Post.

Chinese President Xi Jinping has time and again mentioned the need for the introduction of property tax, however, he is faced with opposition in the way. The reason is simply understandable. Introducing the taxes on the property would lead to having the database of the property owners who reportedly happen to be officials, politicians and businessmen, whose names the government will have access to. So the fear is real when it comes to letting the government bring real estate under the tax system.

“But Beijing’s campaign has gained additional momentum during the coronavirus pandemic, as the government became concerned that too much cheap money was flooding a sector that was already highly leveraged. That worry led authorities to force developers last year to trim their debt levels,” The HK Post reported citing the media reports of Xi Jinping’s announcement in 2017.

The root cause of he crisis is the targeting of the real estate business by the Chinese government.

“Seems unlikely to do much to ease its tight curbs on the real estate sector, according to economists at Societe Generale — ‘possibly because they are attributing most of the blame to the power crunch, which has now eased but is not resolved,'” The HK Post quoted the media reports as saying.

The financial institutions started to minify China’s GDP growth in 2021-22 and 2022-23 because of the crumbling of the Chinese firms and companies under the burden of debt.
“Oxford Economics, for example, cut its forecast for fourth-quarter growth to 3.6% from 5%,” the newspaper reported CNN as saying.

The institutions reportedly cut short the GDP forecast of 2022 from 5.8 per cent to 5.4 per cent because of the problems relating to the COVID-19 crisis, power shortages and the real estate sector.

Debt has undertaken millions of investors in the country and numerous big banks with debts worth USD 20 billion of international bonds.

The market value of the company has shrunk to USD 5 billion. The shares of the company were suspended because of which the company stopped its trade since early October.
Other major real estate companies in the country are impacted negatively because of debt-ridden Evergrande. The shares of a luxury apartment developer from Schenzen, Fantasia Holdings shot down by 6 per cent and has failed to pay USD 315 million to lenders.
The Chinese government is however in desperation to make sure the Evergrande fiasco does not take down the economy.

More and more money was sunk into the sector as the investment continued. The mounting of the debt was not bothered about. With the growth of profit in the sector, the prices of homes were hiked at will until the homes no more started being sold and thus remained unoccupied.

Nearly 65 million homes are estimated to be empty. The state of real estate can be imagined by such figures. (ANI)