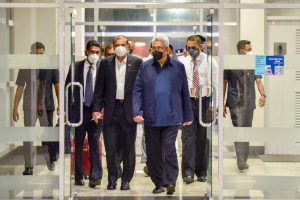 The United Nations Climate Change Conference will be held in Glasgow from tomorrow (31) to November 12 to discuss climate change and to talk over how countries implement their strategies to tackle the climate crisis. November 01 and 02 are set aside for the World Leaders’ Summit.

The COP26 – the UN Climate Change Conference – is a critical moment in the fight against climate change and the conference will be attended by around 25,000 people representing a wide range of fields, including Heads of State, government representatives, scholars and businessmen from 197 countries. It is reported that this is the largest conference ever held in the United Kingdom.