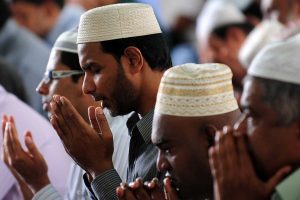 The Sri Lanka Muslim community expressed shock and dismay over the establishment of the ‘Presidential Task Force for One Country, One Law’ under the leadership of a controversial monk.

The All Ceylon Jamiyyathul Ulama (ACJU) said that the Muslim community, as citizens of the Democratic Socialist Republic of Sri Lanka, have been living for many centuries as one country and one Nation, with their individual, cultural, religious laws and identities under the protection of one Sri Lankan Constitution.

“We express our disappointment on the appointment of a controversial individual for a responsible position, who is known for inciting disharmony within different religious and ethnic communities, especially hurting the religious sentiments of the Muslim community, in spite of the presence of many legal and religious leaders who are working day and night for the establishment of peace, harmony and coexistence in our country,” ACJU said.

The ACJU said the appointment is a setback for all counter-radicalization efforts and peace and harmony initiatives.

The All Ceylon Jamiyyathul Ulama further believes that the appointment tarnishes the reputation of the country in the international arena. (Colombo Gazette)