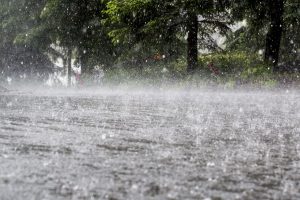 Thunderstorms are expected in Sri Lanka over the next couple of days, according to the Weather Channel.

According to the Weather Channel, a low-pressure area lies over Southwest Bay of Bengal adjoining Sri Lanka off the Tamil Nadu coast, and the associated cyclonic circulation extends up to 3.1 km above mean sea level.

It is likely to move westwards during the next 48 hours. A trough in easterlies also runs from the cyclonic circulation associated with this low-pressure to Northwest Bay of Bengal.

Under the influence of the above systems, heavy to very heavy rainfall is expected at isolated/few places over Tamil Nadu in this forecast period, and over isolated areas across Coastal Andhra Pradesh for the next 24 hours.

Mainly dry weather is very likely to prevail over most parts of Northwest and Central India and many parts of East & Northeast India during the next five days.

As for the mercury levels, the maximum temperatures will be on the cooler side across northwestern India for the next five days.

One of the forecast models (ECMWF) indicates that northwesterly winds over the Punjab plains will pick up on Friday night and into the weekend. The overnight minimum in Delhi is expected to stay in the mid-10s. (Colombo Gazette)