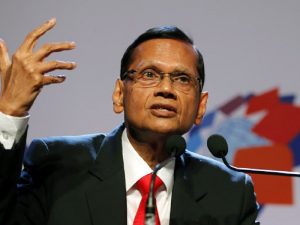 President Gotabaya Rajapaksa has instructed Foreign Minister Professor G.L. Peiris to have talks with the diaspora.

The Foreign Minister said that President Gotabaya Rajapaksa has encouraged him to engage in a dialogue with the diaspora and the Government is also reaching out to the Tamil National Alliance, the Foreign Ministry said.

The Foreign Minister said that the Government has also commenced an engagement with civil society organisations.

He said the Government has also released some suspects held under the Prevention of Terrorism Act (PTA) and is revisiting the PTA to make changes which are not cosmetic but substantial.

The Minister also stated that the offices such as Office of Missing Persons, Office for Reparations and Office for National Unity and Reconciliation are engaged in useful work.