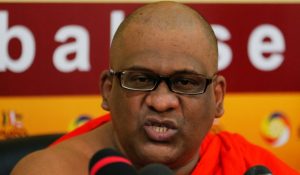 Politicians, civil society, activists, journalists and international organizations were among those who expressed outrage over the post given by President Gotabaya Rajapaksa to controversial monk, the Venerable Galagodaaththe Gnanasara Thero.

President Gotabaya Rajapaksa had appointed a Presidential Task Force led by the Venerable Galagodaaththe Gnanasara Thero to prepare a draft on ‘One Country, One Law’ and submit a final report by February next year.

The appointment drew strong reactions on social media as the Venerable Galagodaaththe Gnanasara Thero had been accused in the past of instigating attacks against Muslims.

The International Commission of Jurists (ICJ) said that it was concerned that the newly appointed Presidential Task Force to study the ‘One Country One Law’ concept may end up targeting minority communities in Sri Lanka.

ICJ said it was also concerned by the lack of representation from the Tamil community and the absence of female members in the Task Force considering the wide mandate provided to it.

The organization said that there was no need for a Task Force as the Justice Ministry is already engaged in the law reform process.

International Crisis Group Senior consultant Alan Keenan said that the appointment of the venerable Gnanasara Thero to head the Task Force is a “bracing dose of reality” to those who had hoped that the government’s recent international promises of accountability and inter-communal reconciliation offered chance of reform.

Tamil National Alliance (TNA) Parliamentarian Shanakiyan Rajaputhiran Rasamanickam said that the Venerable Galagodaaththe Gnanasara Thero has disrespected and violated the Sri Lankan Constitution repeatedly and so is not fit to lead the Task Force.

He said that it is worrying that public officials have been directed to provide information to the Task Force headed by the monk who is known to spread hatred and violence in Sri Lanka.

Samagi Jana Balawegaya (SJB) Parliamentarian Dr. Harsha de Silva tweeted saying that “One country one law” must be about uniting people and not dividing them further. (Courtesy Daily Mirror)