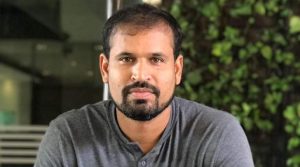 When asked about his approach to the T10 format, the 38-year-old said, “My approach to T10 will be the same I have had for other formats. I will play my natural game. I’ll put my strategies in place according to the wicket in Abu Dhabi. We’ll need to score at a quicker rate in T10, so I am practicing accordingly. It’s important to adapt to the conditions as well.”

Pathan further added that the Abu Dhabi T10 will not only be about big hitting and boundaries, “T10 is just like any other format in cricket. One can’t just go out there and hit boundaries just because it’s a T10 game. One has to strategize which kinds of shots to play according to the situation in the T10 game as well. It’s very important for a player to handle pressure and adapt to the situation quickly.”

Yusuf Pathan, who has been part of the World T20-winning squad in 2007 and the 2011 World Cup-winning squad said that the Indian team can bounce back after their 10-wicket loss to Pakistan in their first match of the ICC Men’s T20 World Cup 2021 on Sunday, “I don’t think it will be difficult for India to bounce back as our players have been playing good cricket. All the India players are hardworking and they know how to handle pressure. We all should keep supporting the team and the players will definitely do well. We are not out of the tournament after one loss. India still have a chance to win the ICC Men’s T20 World Cup and I hope that we win the T20 World Cup.”

The Sky247.net presents Abu Dhabi T10 powered by Wolf777 News will be played at the Zayed Cricket Stadium in Abu Dhabi from 19 November – 4 December 2021.