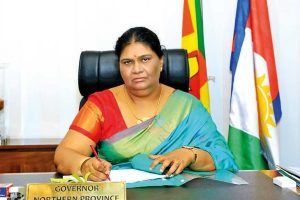 The Parliamentary Council has approved a proposal to appoint former Northern Province Governor Mrs. P. S. M. Charles as a member of the Election Commission.

The Parliamentary Council has also agreed to appoint Sundaram Arumainayagam as a member of the Public Service Commission.

Secretary General of Parliament Dhammika Dasanayake said that the Parliamentary Council which met under the chairmanship of the Speaker of Parliament Mahinda Yapa Abeywardena agreed the proposal made by President Gotabaya Rajapaksa to appoint Sundaram Arumainayagam as a member to the Public Service Commission given the demise of V. Sivagnanasothi.

The Parliamentary Council has also agreed to the proposal made by President Gotabaya Rajapaksa to appoint Mrs. P. S. M. Charles to fill the vacancy created given the resignation of Jeevan Thyagarajah from the Elections Commission.

She previously served as the Governor of the Northern Province and as the Secretary to the Ministry of Health and Indigenous Medicine and the Director General of Customs.