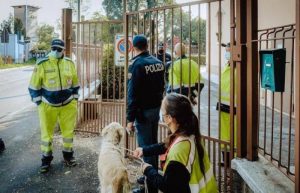 The Italian Police are looking for a Sri Lankan woman who is suspected of killing her two daughters aged 11 and 3.

Italian media reports said that 33-year- old Sachithra Nisansala Fernando was reported missing after the bodies of the two girls were found.

The two girls had been living with their mother in the Italian city of Verona after a court granted her custody of the children from their father.

Sabadi and Sandani were found dead inside their house and the mother was said to be missing.

Italian media claimed that the mother seemed to have suffocated the children and killed them.