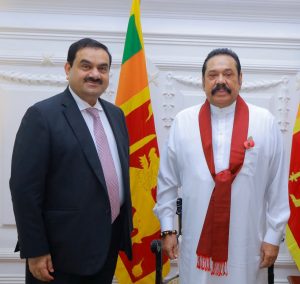 Two weeks ago his company inked an agreement with the Government-owned Sri Lanka Ports Authority (SLPA) to develop and run the Western Container Terminal (WTC) of the strategically important Colombo port.

The WCT will be developed on a Build, Operate and Transfer basis for a period of 35 years as a public-private partnership.

Adani arrived in Sri Lanka on Sunday with a delegation of 10 members and met the President and Prime Minister.

His delegation also visited Mannar and had talks with officials in the area. (Colombo Gazette)