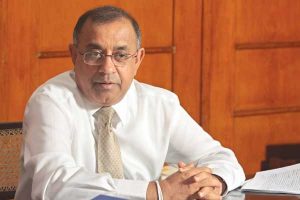 Secretary to the President PB Jayasundera has called for an investigation into a newspaper report which he says is false and malicious.

Dr. Jayasundera rejected the newspaper report which claimed that he had exerted pressure to pay Rs. 290 million to a personal account for Indian fertilizer.

He said the newspaper report is completely false, untrue and malicious.

The Secretary to the President has instructed Inspector General of Police C. D. Wickramaratne to immediately summon all parties and conduct a formal inquiry into the newspaper report. (Colombo Gazette)