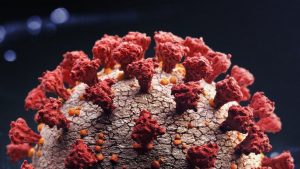 A new mutated form of coronavirus that some are calling “Delta Plus” may spread more easily than regular Delta, UK experts now say.

The UK Health Security Agency (UKHSA) has moved it up into the “variant under investigation” category, to reflect this possible risk.

There is no evidence yet that it causes worse illness.

And scientists are confident that existing vaccines should still work well to protect people.

Although regular Delta still accounts for most Covid infections in the UK, cases of “Delta Plus” or AY.4.2 have been increasing.

Latest official data suggests 6% of Covid cases are of this type.

Experts say it is unlikely to take off in a big way or escape current vaccines. But officials say there is some early evidence that it may have an increased growth rate in the UK compared to Delta.

“This sub-lineage has become increasingly common in the UK in recent months, and there is some early evidence that it may have an increased growth rate in the UK compared to Delta,” the UKHSA said.

Unlike Delta, however, it is not yet considered a “variant of concern” – the highest category assigned to variants according to their level of risk.

There are thousands of different types – or variants – of Covid circulating across the world. Viruses mutate all the time, so it is not surprising to see new versions emerge.

AY.4.2 is an offshoot of Delta that includes some new mutations affecting the spike protein, which the virus uses to penetrate our cells.

The mutations – Y145H and A222V – have been found in various other coronavirus lineages since the beginning of the pandemic.

A few cases have also been identified in the US. There had been some in Denmark, but new infections with AY.4.2 have since gone down there.

The UK is already offering booster doses of Covid vaccine to higher risk people ahead of winter, to make sure they have the fullest protection against coronavirus.

There is no suggestion that a new update of the vaccine will be needed to protect against any of the existing variants of the pandemic virus.

Dr Jenny Harries, Chief Executive of the UKHSA, said: “The public health advice is the same for all current variants. Get vaccinated and, for those eligible, come forward for your third or booster dose as appropriate as soon as you are called.

“Continue to exercise caution. Wear a mask in crowded spaces and, when meeting people indoors, open windows and doors to ventilate the room. If you have symptoms take a PCR test and isolate at home until you receive a negative result.” (Courtesy BBC)