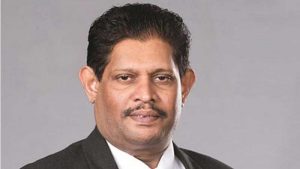 Jagath Wellawatta has been appointed as the new Ambassador of Sri Lanka to Italy following strong criticism after he was nominated as the High Commissioner of Australia.

The Committee on High Posts today approved his appointment as the new Ambassador of Sri Lanka to Italy.

Wellawatte was previously nominated as the High Commissioner of Australia and cleared by the Parliament committee.

The Committee on High Posts also approved the appointment of three Secretaries to Ministries.