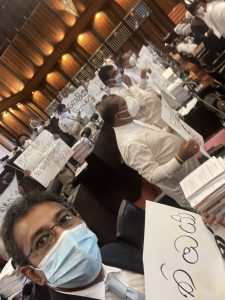 The opposition staged a protest inside the Parliament chambers today on the fertiliser issue.

He noted the ban had a serious impact in the agriculture sector in Sri Lanka.