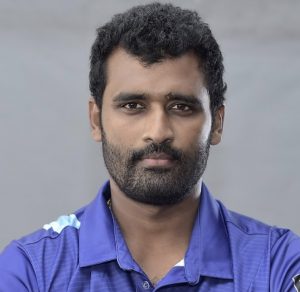 The Jaffna Kings have made key appointments and also named Thisara Perera as the captain of the team for the upcoming Lanka Premier League (LPL) 2021.

The franchise announced Ganeshan Vaheesan, fondly known as Harry, as the ‘Director of Cricket’. An old boy of D. S. Senanayake College, Colombo, Vaheesan, is an avid cricket enthusiast, player and UKCC Level 3 cricket coach who has held various coaching positions in the UK. Manager of the inaugural LPL winners last year, Harry was instrumental in the smooth operation and execution of the Jaffna franchise.

Thilina Kandambi, the former Sri Lankan National Cricketer who guided the Jaffna Franchise to its victory in 2020, is announced as the ‘Head Coach’ of Jaffna Kings for the upcoming LPL. Earlier this year, Kandambi was appointed the Head Coach of Abu Dhabi T10 team ‘Bangla Tigers’. His experience as an international coach and a seasoned former National cricketer will lead Jaffna Kings to yet another historical achievement.

Thisara Perera a renowned National Cricketer who captained the victorious Jaffna Franchise in 2020 is appointed as the ‘Captain’ of Jaffna Kings.

Thisara, as a world class all-rounder, has played franchise T20 cricket all around the world for numerous leagues including IPL and PSL. He became the second player ever to take a hat-trick in both ODI and T20I.

Saranga Wijeyarathne a leading marketing professional is appointed as the ‘Director of Corporate Marketing, Communication and Media’. Saranga recently served as Director General of national television broadcaster Sri Lanka Rupavahini, and previously held several key positions in private and national Media, including Wijeya Newspapers and Ceylon Newspapers. His role in the inaugural edition of LPL earned Jaffna Franchise the national and international exposure it deserved.