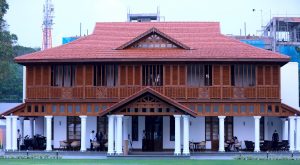 The iconic ’80 Club’ in Colombo which has been refurbished after being acquired by the Government, has been reopened by Prime Minister Mahinda Rajapaksa.

The property was refurbished by the Navy and will be managed by Water’s Edge hotel.

The Government had acquired the club at Independence Avenue in November last year.

The Urban Development Authority had acquired the club for violating several conditions including non-payment of lease arrears.

However, the Committee of the ’80 Club’ had said the club was taken over by the UDA for comprehensive refurbishment.

The Committee had said that due to the Government takeover, the Executive Committee under the advice of the authorities had decided to differ the payment of membership subscription for the year 2021. (Colombo Gazette)